A performance to lift the mood 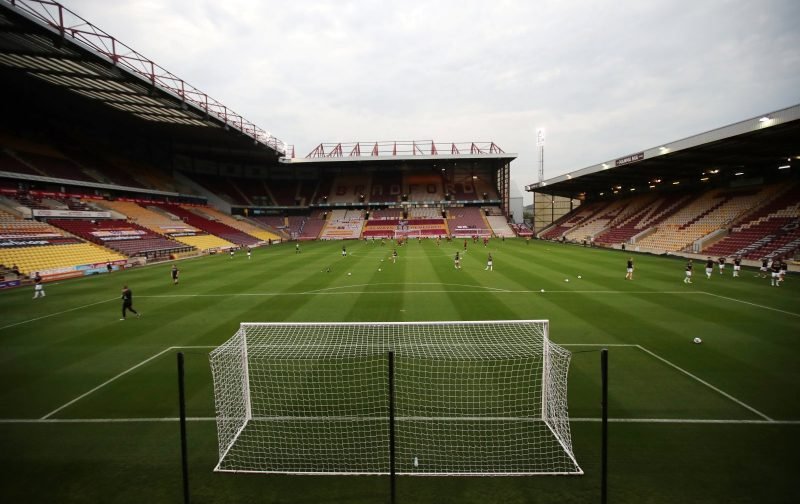 A battling performance saw Walsall fight back from a goal down, and a man down, to secure a well earned point on the road. Harley from Saddlers News has provided his views on the game, plus some opinions on the stand out performers:

It was a game of two halves. It’s an old cliché, but Bradford vs Walsall was a prime example. The Saddlers travelled to Valley Parade with nervous optimism a 1-0 win over Stevenage in their last game gave them something to build on, however going up against the free scoring Bradford was a daunting prospect.

An enthralling first 45 minutes saw some end-to-end football. Walsall once again started on the front foot, after 10 minutes the game settled into an attacking eb and flow with both teams pushing for the first goal. It was Bradford who opened the scoring with an excellent half volley in the 14th minute from Elliot Watt, but it must be said, Walsall once again left the edge of the box unmarked and were punished for it. Bradford took control keeping the ball on the ground and playing through Walsall and almost making it 2-0 if it wasn’t for a poor Charles Verman miss. Walsall needed someone to change the fortune of the first half, and up stepped Jack Earing who excellently finished his chance in the 41st minute to level the game. The build-up play was smooth, and the movement in the box meant that the finish was simple. It is the type of goal the Saddlers can score, however they haven’t been doing enough.

It’s 1-1 Walsall are back in the game things are looking up, then Joss Labadie sees a red card for following through on his Bradford man, a decision that split the fans in half some saw it as a clear red whilst others were less convinced. None the less Walsall are down to 10 men with 50 minutes left to play.

The second half was a different ball game completely, akin the brave 300 Spartans or a mother Lion defending its cub. Walsall weathered an onslaught from Bradford with a combination of inspired defending, and an ‘in the trenches’ team spirit that saw Walsall come away with a 1 point to the elation of the players, the manager, and the fans alike. Bradford will feel it was a big opportunity missed considering the balance of play in the second half. Statistics can be used to prove anything. However in this instance, they don’t lie 17 shots with 5 on target, 66% possession, 13 corners, 557 passes and 47 crosses, the Bantams should be frustrated with just a point.

There were some awesome displays from the Saddlers, Jack Earing was lively and looked dangerous every time he received the ball and his goal was very well taken. Kiernan, who provided the assist, dominated his opposite number and the pair dropped deeper in the second half and filled in defensively where needed. Manny Monthe and Rollin Menayese starred as the Centre Back pairing once again. The pair worked together well last week where we saw out a 1-0 win, so it’s no surprise they managed to contain Andy Cook. By the end of the match, Bradford had 4 strikers on the pitch and yet they still couldn’t break the Walsall defence down, much to the performances for Monthe and Menayese.

Overall, this was a performance the team can be proud of and hopefully will galvanise the team ahead of Mansfield at home this coming weekend. The exclusion of Conor Wilkinson is down to a pulled Hamstring confirmed by Matt Taylor after the match. Walsall will assess the injury, but it will mean Wilkinson is our for at least a few matches. Rollin Menayese will also be unavailable this weekend as Mansfield is his Parent club, so expect Ash Taylor to be called back into action.

Positive signs for Walsall moving forward slowly but surely, the team is beginning to gel and relationships are developing, as has been said from the start this is a trial by fire for Matt Taylor, with a lot of the season left to play, Matt Taylor has Walsall moving in the right direction.