Another chance to keep the momentum going? 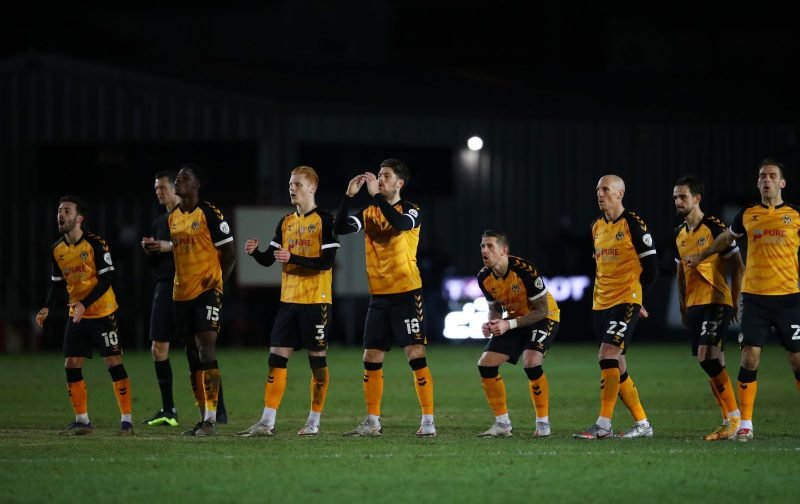 Friends are reunited in the clash between Walsall and Newport tomorrow as former captain James Clarke and Right-Back Cameron Norman face their former club for the first time since being released in the summer.

Newport have had a slower start to the season that many would have expected. The Exiles find themselves in 19th, with eight points. Like Walsall, they have won two, drawn two and lost three. Both sides have scored seven goals, however the Newport have conceded 10, one more than Walsall.

Newport started the season well, winning two of the first three league games, however since that, it has been all downhill. Their second league win was followed up by a humiliating 8-0 defeat at the hands of Southampton in the League Cup, followed by a 3-0 defeat to Salford. Their only win in recent games came in the EFL Trophy. Newport’s players, fans and hierarchy will be wanting a response soon, so the Saddlers will need to be wary of a bounce back.

Newport have some familiar faces for those lower league fans. Ed Upson, Kevin Ellison and Mickey Demitriou are all names that Saddlers fans will recognise. They have some younger, talented players too in the side, with Timmy Abraham and Jack Cain in on loan, and Courtney Senior too, who joined from Colchester.

Like Walsall, Newport have goals from several different players, with no real out and out goal threat. Abraham, Willmott and Telford all have two goals each, with four more players on a goal each.

Ex-Saddlers captain James Clarke has been on the bench in recent weeks. All Walsall fans know about his strengths, weaknesses, and ability to win free-kicks. Cameron Norman has played in all seven league games, and will be out to prove what he can do against a club that didn’t give him as much game time as he probably deserved.

Matt Taylor has started to get his side ticking over nicely with three home wins on the bounce. In the past few days, The Saddlers have beaten Mansfield in a resounding 3-1 win, before beating Brighton U-21’s in the Papa Johns Trophy midweek. The confidence is growing in the Walsall camp, and another league win would really help the team, and propel them up the league.

Walsall’s strikers are now starting to get into their groove, with Miller off the mark, and Phillips adding to his tally too. There are multiple players starting to look threatening, or at least be in the right place at the right time. This should bode well for the Saddlers who don’t seem to be reliant on just one player.

Goals are also coming from all over the pitch, with Ash Taylor and Jack Earing chipping in too. It is something rarely seen in recent years at Walsall, but finally the whole team look like they can help the Saddlers get a couple of goals and get over the line in matches.

Defensively it has been mixed for Walsall. Against Mansfield, they should have seen out the win with a clean sheet. They did manage it midweek, and this will be pleasing for Taylor given the rotated side.

It is sure to be a close game with both sides hoping to take advantage of each other’s slower start to the season. Walsall will be backed by around 500 travelling fans, which once again is fantastic support by the Saddlers faithful.