Can we stop the Stags that are on a charge? 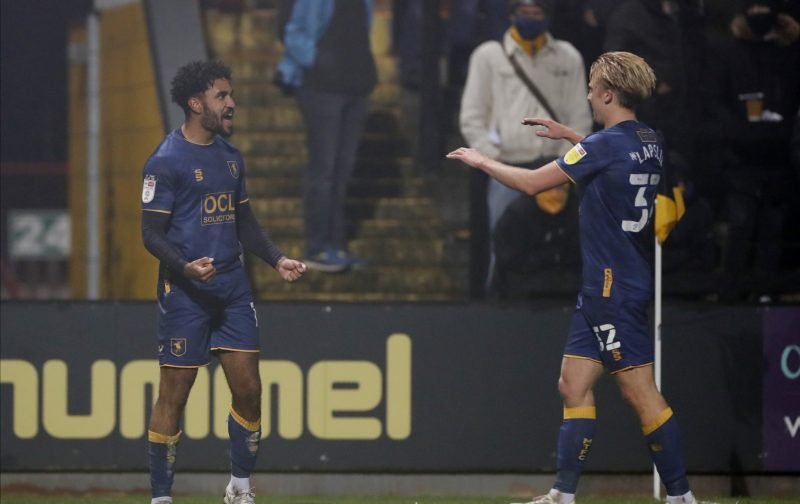 Walsall face an in-form Mansfield, who will be looking to take advantage of an inconsistent Saddlers, who are seeing interest in two of their key players. Nigel Clough has seen his side rise up the table, and finally look like the side that was tipped for promotion, pre-season.

The Stags are on a great run of form, and are finally living up to their potential. They are unbeaten in 6, and have won each of their last 5. They are doing what the Saddlers often fail to do, and beat the teams below them. They have beaten Southend, Oldham and Scunthorpe recently, and their fans know that they are the games that teams have to win if they are looking at finishing in the top 7.

Nigel Clough has really changed Mansfield around. He has made a couple of changes this month, with ex-Saddler Andy Cook leaving for Bradford, and defender Menayese joining Grimsby. He has bolstered the midfield, with the experienced Stephen Quinn joining on loan from Burton, and been able to secure the permanent signing of loanee George Lapslie.

Mansfield play wide, with the wing-backs aiding the attack, and solidifying the defence. We all know how good Mal Benning can be on his day, and he will no doubt be wanting to get one over his former employers.

But it is the efforts of Lapslie and Charsley in midfield that will be where the battle is won and lost. Between them, they have 9 goals, and 7 assists, so stopping that supply to top scorer Bowery is key.

It has been quite the week for Walsall, with transfer news appearing today, after it appeared to have gone quiet. If Jules and Adebayo are not selected tomorrow, then it would hint towards their departure, but last week showed that Adebayo can produce his best, even when rumours are swirling.

With Mansfield playing with width, but also with a strong central midfield, Darrell Clarke will have to find the balance of the side. There will be opportunities for a counter attacking football, especially down the wings, but the two centre mids will have to battle if Walsall want to get anything out of the game.

Transfer stories aside, the biggest decision will be what players play in behind the striker. Both Nolan and Wright have impressed in recent games, and Frank Vincent also had a good showing in his substitute appearance too. Although the core of the team will remain the same, there are many questions fans will have before the 2pm teamsheet. Will Norman return at Right-back? Who will start up top? Will we see a change in formation? And can the Saddlers make it back to back wins?