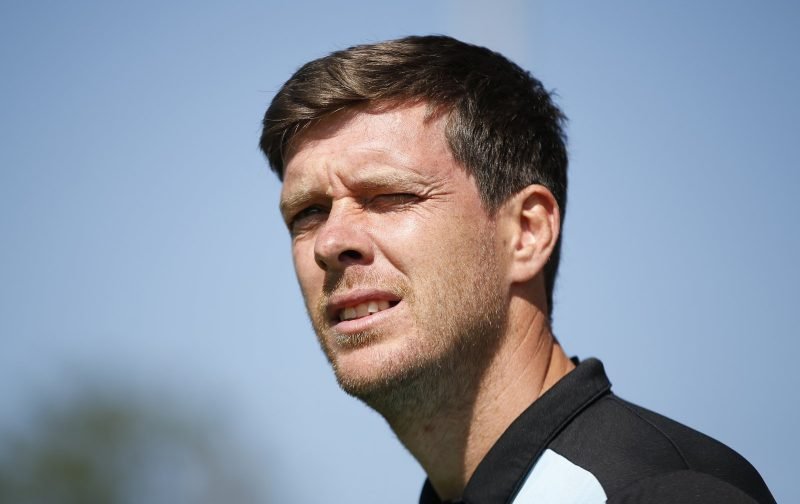 Darrell Clarke has today departed the Saddlers, and joined Port Vale. The shock move comes with many opinions and questions, that Saddlers fans will be want answering. The departure sees Brian Dutton take charge until the end of the season

After a season and a half at the helm, most of which was during an event that has played havoc with the lower leagues. There was much excitement when Clarke was appointed manager, a young enthusiastic and passionate manager with a proven track record, seemed set to bring the good times back to the Saddlers.

His first season was mixed. A big rebuild, followed by inconsistent form, flattened the optimism. However, the second half of the season saw a much improved Saddlers, and by keeping the core of the side, there was once again a renewed optimism. However, this season has seen the Saddlers stagnate, and Clarke couldn’t improve results.

A portion of the fan base were already calling for Clarke to leave, as his ‘tinkerman’ tactics, cloak and dagger contract and injury news, and marmite personality split fans. Ultimately he didn’t have the results to back up his ways. The Saddlers weren’t improving under him, but they were comfortable in the league. But that is not enough for a side that has a big history at a higher level, and whoever succeeds at the end of the season, will know that Saddlers fans are expectant of a return to League One

Darrell divided the fans from the start. His demeanour, way of talking, and choices about specific details ruffled a few fans feathers. He was also a tinkerer, and would rarely provide reason for his actions.

Under his leadership, Walsall have been inconsistent, with spells where they have shone, and others where they have not. This was also shown in tactics, and an identity, which after being lost in the relegation season, is yet to be found.

Time to move on?

It was an unexpected announcement, but one that does seem to make sense. Although clubs will never grow unless they allow a person to lead that growth, it didn’t appear to be Darrell.

What he has done, is stabilise the club, and although they don’t always show it, there is talent littered throughout the side. One of the positives about his tenure, is that the club is in a better state then when he joined it. But with no real push for more than stability, it may prove a good time move on.