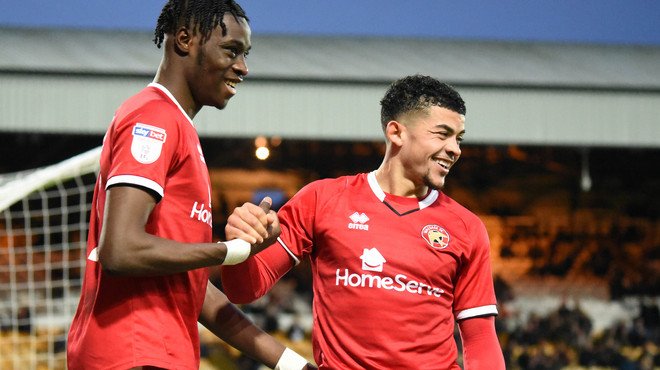 Walsall started March with a confident display against Exeter, and netted 3 goals against them, for the second time this season. But how has their goals for and against been so far this season. You all seem to like a good stats based article, so hopefully this pleases you.

For this article, I have split the season into thirds. During the first 12 games, we conceded a total of 14 league goals, and scored a grand total of 8 goals, resulting in a goal difference of minus 6. I don’t think this surprises anyone. We did not look a threat in front of goal, In this period, we fired a blank on 7 occasions, something that was frustrating all of us fans. This 12 game spell ran from the start of the season until our 3-0 loss to Salford.

The second period started early on in that dreaded October, with our 3-1 loss to Orient. Although this was the lowest point for us, we actually improved massively in-front of goal, as we scored 14 goals. However our goals conceded also increased, with a total of 18 conceded. It may not have felt like it, but from the Orient loss until our final game of the decade in the 2-1 loss to Carlisle, our goal difference was actually better, at a whopping minus 4.

Our last 12 games, which spanned from out New Years Day victory against Orient, to our 3-1 victory to Exeter, has thrown up some surprising figures. Our goals scored increased by 4, to 18. however our goals conceded has only dropped by 1 single goal, to 17. This means we have a goal difference of plus 1.

When I was researching this, I did not expect to see our goals conceded, to be nearly the same as the mid season flop that we went through. However, it goes to show what we all thought, that our attack is getting a lot better. Our goals tally for the last 12 games is over double that of the 1st 12 games. It does raise concerns for me defensively, as it shows that we aren’t improving with the number of goals shipped. In our first 12 games we kept 5 clean sheets, in our 2nd 12 we kept 3, but in our 3rd set, it has only been 2, meaning that we more than likely will have to score twice to win a game.

So let me know your thoughts. The team has improved leaps and bounds over the 36 matches, and it may just be a case of stats being able to prove anything. It will certainly be interesting to see how the final 10 matches pans out and if it can keep up the positive goal difference of the last 12.