‘He seems to “talk the talk”, but he doesn’t seem to “walk the walk”’ – Inside Track 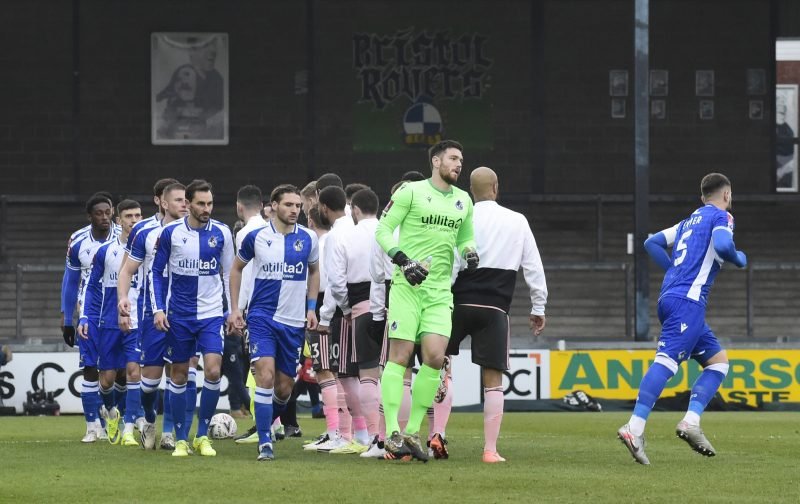 Both Walsall and Bristol Rovers have started this season slowly. Like Walsall, Rovers have had a high turnover of players after relegation, and currently see a few on the treatment table too.

To find out more about the opposition, I spoke with Lucy Ford, who is the Co-Founder of Her Game Too, and Bristol Rovers through and through.

Relegation was tough for the club last season, and the start to League Two has not given Rovers fans cause for hope. How bad are things at the club?

Things are not great at the moment, it seems as if the form from last season, despite a whole new squad of players, hasn’t changed and the same issues are still continuing.

Joey Barton was brought in to save the club last season but so far has done nothing to impress. What do you think about him?

When we appointed Joey Barton back in February this year, I was surprised at the appointment, purely because it is such a bold choice. When he came in, I said that I will just judge him on what he does a manager and what I have seen as a manager, he seems to “talk the talk”, but he doesn’t seem to “walk the walk”. He has been outspoken about the previous managers we have had from last season but he hasn’t improved on what they have done. I do think he is already on borrowed time and there is now an imbalance in terms of fans who want him to go, than want him to say, which is now towards more want him to go.

There are a few elder statesmen of the game at Rovers with Brett Pitman, Glenn Whelan, Leon Clarke and Mark Hughes all on the books. How do you rate the squad as a whole?

Last season, Ben Garner replaced a lot of experienced players with younger players so there was a real imbalance in the squad and we really did lack that experience. This season the squad has a better balance in terms of experienced and younger players. However, like last season, we still seem to lack that goal scoring presence up front. I believe we haven’t replaced Jonson Clarke Harris and not recruiting a striker in January last season was one of the reasons we were relegated. We do have Leon Clarke but he is now out with a long-term injury.

Who are Rovers key players?

If they weren’t injured currently I would say our goalkeeper, Anssi Jaakkola and winger Sam Nicholson, they are two players who could easily play in League One. Currently I would say, James Belshaw, our second choice goalkeeper who has stepped into Anssi’s boots extremely well. Also, Sam Finley, a midfielder who we brought in from Fleetwood Town and I have been impressed with in parts. Finally, I would say Luke Thomas, who we have on loan from Barnsley, just because even though we haven’t seen too much of him yet, if he can get fit, he is a real talent, especially at League Two level.

Any young prospects at the club?

We have Connor Taylor, a 19 year old defender on loan from Stoke City who I have been really impressed with since he has joined the club, he can certainly play at a higher level and he really has the potential to progress in his career. Also, there is Luca Hoole who this season feels like his breakthrough year from the academy and made his debut on the opening day of the season, however he has also suffered an injury and currently cannot play.

Walsall vs Bristol Rovers was a standard match in League One, now both clubs are in League Two. What are your thoughts on the Saddlers?

I do feel like both Rovers and Walsall should be playing and competing in League One, but we have both had a difficult couple of seasons. I certainly had a soft spot for Walsall when our former manager Darrell Clarke took charge of you! I think that you will probably have a steady season in League Two and perhaps maybe next season push on, as you have now got a new manager this season.

Predictions for the match?

Well, Rovers haven’t won away since December 2020 and even though Rovers are just a point behind Walsall and really do need the win, I think it will be a 1-1 draw with George Miller scoring for Walsall and Aaron Collins scoring for Rovers.