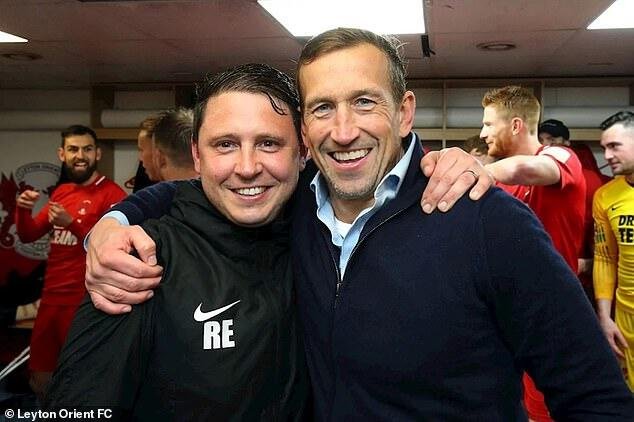 This week I spoke to Orient Outlook Podcast, who answered a few questions about our first opponents of 2020. Here is what they said.

How’s your season been so far?

I think the season has gone probably as we expected it to in the summer, with the O’s around the mid table position, although you could argue, and some fans are, that we have slightly underperformed, which could be due to a number of reasons, but is probably a mixture of Justin’s passing, the unresolved manager situation, losing Macauley Bonne (50 goals in 2 seasons) and Josh Koroma who are now both playing in the Championship, poor player recruitment (not our view but some fans would argue this is true) and the step up in quality of League 2.

The most frustrating thing is the opportunities we have had to take points which we haven’t taken due to poor defending or poor finishing.

For me it has to be Dean Cox. Loved an assist (2nd highest assist rate in L2 this decade), loved a worldie goal (away to Walsall to name one) he understood what the club meant to the community and the fans loved him.

You could argue that Harry Kane should actually win this one though after his loan spell.

There are many contenders but I’d have to say either Jens Janse (don’t ask) or Gianvito Plasmati who were both played under the previous regime.

For me it has to be David Mooney. A frustrating individual at times, but boy when he was on it and up for it you knew he could do something from nothing and get you that magical goal.

I’d also have to mention Eldin Jakupovic who’s stay with us was short but very sweet, and as soon as he joined you knew he was far to good to be playing League One Football.

We could also throw in Dean Cox (as mentioned above, Romain Vincelot and Super Kevin Lisbie.

How has being an Orient fan been during the 2010’s?

It’s been an emotional rollercoaster of ups and downs. From being 2-0 up at HT and a spot kick away from the Championship in a Play Off Final in 2014, and losing, to just 3 seasons later being relegated from the Football League and almost ceasing to exist, to being promoted at the end of the wonderful 2018/19 season at home, to the tragic passing of Justin Edinburgh… it’s something that the club are still processing if we’re being honest.

We all were saddened by the loss of Justin Edinburgh over the summer. How has the club been since his tragic passing?

The club dealt with his passing with respect and dignity and made the correct appointment when they made Ross Embleton Interim Head Coach. Things didn’t go to plan with the appointment of Carl Fletcher, so Ross finds himself in the Interim position once again, with many fans frustrated at the lack of communication and direction in regards to the next managerial appointment.

At the same time we’ve been lucky enough to have DOF Martin Ling and Chairman Nigel Travis on the podcast amongst many others, and it’s clear that the grieving process won’t just end as many of the players and staff are still deeply affected by Justin’s passing.

It’s been lovely seeing tributes from the footballing world to a great man and who made us all fall back in love with the Orient.

Predictions for the match?

We’re better away from home, Walsall are unpredictable… 1-1.

We are the 2nd oldest Football Club in London

Thanks once again to Orient Outlook Podcast for doing this. We wish them the very best of luck for the season ahead, and are glad to see them still going strong despite all that has happened.