Shrimps are the final course of a poor season at home 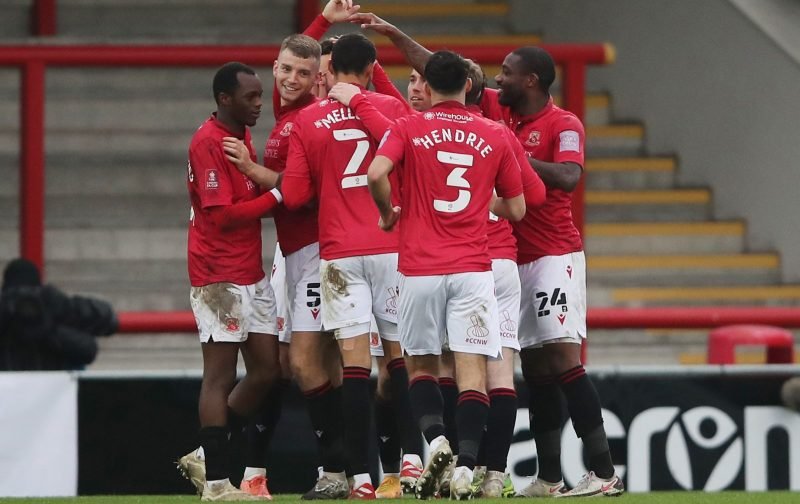 This weekend, Walsall end their 20/21 home campaign against Morecambe. Brian Dutton has spoken about his desire to remain as Walsall’s Head Coach, and he will know that two positive results in the final two games will be crucial to him staying on.

The Saddlers have not exactly set the world alight at home, with only 7 win out of their 22 games so far. With 6 draws, and 9 losses thrown in the mix, only 27 points have been picked up at Fortress Bescot. This leaves them sat in 19th place in the Home league table, which simply is not good enough.

They have only managed to score 20 goals at home this season, with only four games seeing two or more goals for the hosts. It really has been a season to forget, and a season where fans being at home will have saved the players from criticism during, and after games. Their awful home form will need to change if they want to attract fans back to the Bank’s for next season.

After a good performance against a poor Scunthorpe, Walsall will need to be at their best against Morecambe, who will push them all the way. This is one of the biggest test of character for the team. Walsall have nothing left to play for, except pride, where as the visitors have a chance to push for promotion. The players will have to perform, as Morecambe won’t be a pushover like Scunthorpe were. In the games Dutton has won, the opposition have been poor, it is time to get a win against a good side, playing good football.

Morecambe have surprised many this season. They were around the top of the table early on, but many did not expect the form to continue. Sitting four points from an automatic spot, The Shrimps will be going for all out for a win, knowing anything less will end their hopes of a top 3 finish.

Goals have been flowing for the side, who have netted 65 times this season, which is the 4th highest in League Two. Despite the high number of goals scored, conceding them has stopped them being in the top three. They have the 5th leakiest defence, with 58 goals conceded, which is 7 more than the Saddlers.

Morecambe’s danger man is Carlos Mendes-Gomes. The young forward has scored 15 goals, and also chipped in with a couple of assists, and with Cole Stockton in attack with him, the Saddlers defence will have to be at their best. Stockton has 11 goals to his name, and combined, they form a lethal attack.

For all Morecambe’s talented attack, the central midfield is where the game can be won or lost for the Saddlers. The experienced duo of Yann Songo’o and Toumani Diagouraga will be a tough test for Liam Kinsella and Sam Perry. If Walsall can get a hold of the middle of the park, then it will stop Morecambe’s attack from being as free flowing as they can be.

Both Kinsella and Perry have had good seasons, and it will be another big challenge for the developing partnership, and one that they can do well in. Both players have fight, and determination, and this is what the fans want to see from the side from start to finish.