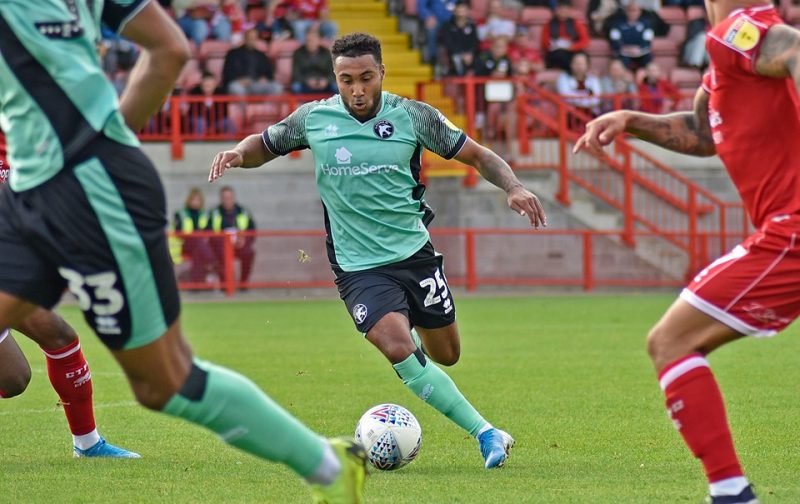 Next up on the review of the team is the Midfield, another very difficult one, and one that took more time than I expected.

First up, wherever you are, take a few seconds to just think about that beard….. good now let’s carry on. Sinclair works his socks off in midfield, and has played a mixture of being more offensive, defensive and occasionally slipping out wide. He grafts hard for the team generally is a solid player for us. He has scored some crucial goals for us. At times, I forget that he is 32, and only a few months younger than Danny Guthrie. His energy levels are good, but I would like him to apply it more effectively, as at times he can do a lot of running, without affecting a game. Overall, I really like him and hope to see more of him going forward.

Liam is the utility player that all teams need. He has played all across the midfield, and recently has found himself at RM. We all know he is not naturally a winger, but he applies himself wherever he is put. Liam just seems that he wants to play football, and because of that, he has racked up over 100 appearances in all comps for the club. He is another solid player for us, and one that I am delighted stayed with us. He works hard and leaves it all on the pitch. It would be nice to see him in his natural CM position, but with a lack of depth I can’t see it happening until reinforcements arrive.

Rory has had a very mixed spell here at WS1. At times, games have passed him by, others, he has shone. He is near the top of the assists list for us (he may be top, don’t quote me on it), and has shown he is very good at set-pieces. A lot of games he has played is in a wide position, but personally I feel he plays better as a CAM, which he has rarely played. I hope we sign some wingers in January, and it’ll be interesting to see where Holden plays when this is the case.

He is a player of real quality, and we have seen it. However, his fitness is the issue. He does not look comfortable playing 90 minutes. I think that with a stronger attacking force, he would be lethal. However, at the moment we forfeit pace, and effectively have one substitute planned too, whenever Guthrie starts. He has been most effective when he comes off the bench, and doesn’t have to pace himself in a game. In his better games, he picks out some great passes, brings others into play, and gets the midfield ticking, but for me, there aren’t enough of these games. I feel that he will improve for us, the more he gets used to the league, and once we have a better attacking outlet for him to supply.

I was very pleased when the signing of Hardy was announced. I feel he is a talented young player who could be a good player for us. However I feel that he has not had a solid enough run of games. He has spent a lot of time on the bench this season, and rarely features more than just cameos. He has shown glimpses. He is still only 23, but he as at that age where he needs regular first team action to develop. I loan spell could do him some good, to get a good few games under his belt. But for me, he should be starting over Holden. I think that Hardy needs to be given his chance and run of games, like Holden has had. It would aid his development, and give us a chance to see whether he is at the required standard.

This one is quite short by comparison. Jack has only featured in a couple of games for us, and personally I only saw him at Crewe. He looked ok, but clearly DC doesn’t see him in his plans. His contract is up in January, and as I said in a previous article, I feel releasing him and freeing up his wages for elsewhere would be best for all involved. Rumours are that he has been injured, but nothing solid has been told to us.

What a talent this lad is. He has shown how valuable he can, and will be for us. He has fully repaid the faith that DC has put in for him. He has a really good eye for a pass, and yes, it doesn’t always work, but he’s 18, and we cannot expect a consistently high performance every game. His game will improve, but he has been a shining light for us at the moment. There will be scouts, and the more he develops, the more clubs will be interested. Having Danny Guthrie there will be great for Bates, as he will be able to learn a lot from an experienced player. He is creative, and always looks to move play forward. He didn’t have a great game against Carlisle, but he is only 18, and this is his first season breaking into the team, it has to be expected. I think he is a certain for young player of the season, and I hope he continues as he has started.

Who knows what will happen with Wes, it is the evening of the 30th as a write this, and we are none the wiser as to whether he will remain a Walsall player. He has been such a fantastic player for us, and if he does leave to progress up the leagues, then I thank him for his service. His performances in the last couple of games have shown how valuable to us he is, and I admire him for it. If he has offers on the table, which he may well have, he has not let his thoughts of moving reflect on his effort level for Walsall. That is why I won’t be annoyed with him for leaving. Others (like last season) showed how they were ready to leave the club, and the performance level showed that. Wes has shown nothing other than a desire to win, whether that is for the team, or for selfish reasons we do not know (or care). He is not the finished article, I admit that. Sometimes he could shoot, take a touch less or pass, but in League 2, on his day, he is one of the best players in the league. He also acknowledges the fans on social media, we regularly see him thanking fans after games. Oh I do love him.

I feel that he was brought to the club to strengthen up the midfield. We lack a really physical midfielder who is good in the air. Liddle, on paper, was a good signing. Experienced in the league, older head on his shoulders and is both tall and strong. It didn’t work out that way. Liddle struggled here, and the fans didn’t warm to him. I am 99% sure he will leave us in January. I thank him for his efforts, as im sure his heart was in the right place, and I hope he fares better for his next club.

I am doing this on the assumption that Wes will stay… bold choice I know. I think, and hope, that Liddle and Kiersey will be let go. I feel we will get a nominal fee for Liddle, but if it frees up his wages, I will be happy. Apart from these two, I don’t think any others will leave. Hardy, may be moved on, if another team come in for him. I wouldn’t be overly surprised, purely based on the number of appearances. But if I had to bet on anyone being moved on (besides Liddle and Kiersey) it would be Hardy.

I said that I feel Liddle was supposed to be some steel in our midfield, and I think that is exactly what is needed. An Adam Chambers type of midfielder that puts their body on the line. If we get that midfielder, it will allow them to play just in front of the defence, to allow others to go forward.

Kiersey was signed as a young prospect who is a more attacking minded midfielder. I still think we need that although it’s not the most urgent we need. I think a young talent, would be nice, especially in the CAM role, however I am willing to wait until the summer for this, and for Hardy to be given that chance.

Wingers, at least 2. Wes needs a partner out on the opposite wing, but also a player to push him, and make his place less secure. Competition for places is healthy, and if Wes has the threat of another winger taking his place, we could see him starting to having to play to earn his place.

So that’s the Midfielders, as always, comment your thoughts, no doubt there will be people who think differently, but that’s the joy of doing these types of articles, everyone thinks differently.