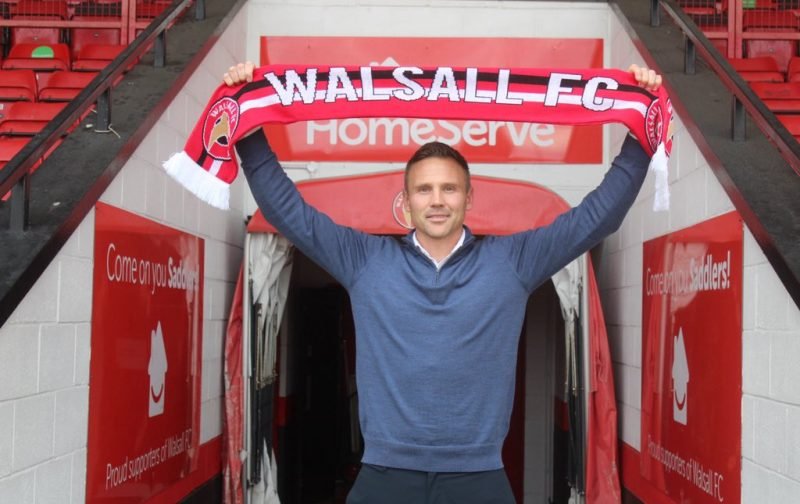 It has been a long and busy pre-season for the Saddlers, that all began with a culling of staff throughout the club. The turnover both on and off the pitch has been needed, and the club feels in a much better place than the one that ended 19th just a couple of months ago. A water-logged pitch and cancelled friendly hasn’t put a dampener on the fans though, who are feeling good about things at the club.

A common theme amongst the fans is how happy they have been with the defence during pre-season. Compliments have been payed to the defenders and goalkeepers at how well they work as a unit. This unit will be key in turning the fortunes of the Saddlers after years of decline.

Ash Taylor has already looked a promising addition with some strong leadership, and steel in defence. With only Leak, Sadler and White remaining from last season, this new-look defence needs to gel quickly to kick start Walsall’s season, and so far, Taylor and veteran Ward seem to be bringing their wealth of experience and using it well.

Midfield no longer to be bypassed?

A big criticism of Walsall last season was how the midfield were bypassed in the attacking phases. A lot of ‘hoof ball’ was seen, and the players rarely played through the thirds, leading to few chances in a game.

This has been picked up on by Walsall utilising the talents all over the pitch. The defence and midfield are linking up better, and although it has only been a couple of friendlies, the basics are there to grow from.

The battle will still be there, with Kinsella and Labadie both doing what they are known for, but the likes of Osadebe are also more prominent in the way they are being used.

Bright attack, but they are thin on the ground

The attack has shown promise, but it is light on recruits. Conor Wilkinson has shown what he can do in his limited game-time so far, and Kieran Phillips has looked lively too. However with only these two players, the Saddlers are looking light up top.

Both players have shown promise. Wilkinson looked calm in front of goal and showed he knows where the net is.

The more fluid attack will benefit the Saddlers this season, especially if a fit Rory Holden can re-capture his form from last season.

Overall things have taken a step up for Walsall, and Matt Taylor has certainly set out his stall regarding a style, and an identity for his Walsall team.