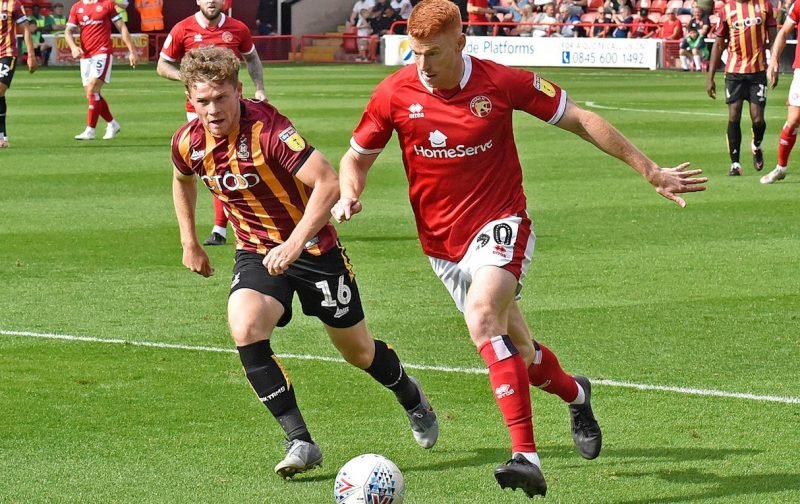 This week I spoke to not one, but two Salford fans who answered a few questions in the build up to this afternoons game. I spoke to @BroughtonM7 (B) and @scfcsupporters (S). Both had different things to say, so I thought, why not just put both in the article.

Hows your season been so far?

(S) – Season has been as expected if I’m to be perfectly honest, we knew I wasn’t going to be plain sailing and we’ve proven ourselves against the top dogs.

(S) – Favourite player for me has got to be Liam Hogan, he’s just a man mountain at the back, fully deserving to be club captain

(B) – Scott Burton currently our most decorated player always gave 110% ran our Midfield 3 promotions in 3.5 seasons with us his names still sung in the west stand

(S) – Favourite ever play has got to be Scott Burton. The guy was an animal in midfield, won everything. Tackling was next to non!

We have Rory Gaffney on loan, what are your thoughts on him?

(S) – Rory Gaffney is a top asset to have in any club, I just think with the signings we’ve made this season it wasn’t going to fit in with how he likes to play

Salford get a fair bit of stick for having a huge investment from their owners, what do you think of it all?

(S) – Salford are always going to get stick about the investment side of the club, but we was a club that wasn’t even heard of ten years ago and now we’re on everyone’s lips. The investment has helped promote not only the club but the city of Salford and that’s more important in my opinion.

Predictions for the weekend?

(B) – We played in red before orange back in the day

Thanks t0 both for taking the time to get back in touch. It certainly isn’t going to be a quiet game with the Saddlers taking 1300.