‘Our forward line is building particular intrigue’ – Inside Track 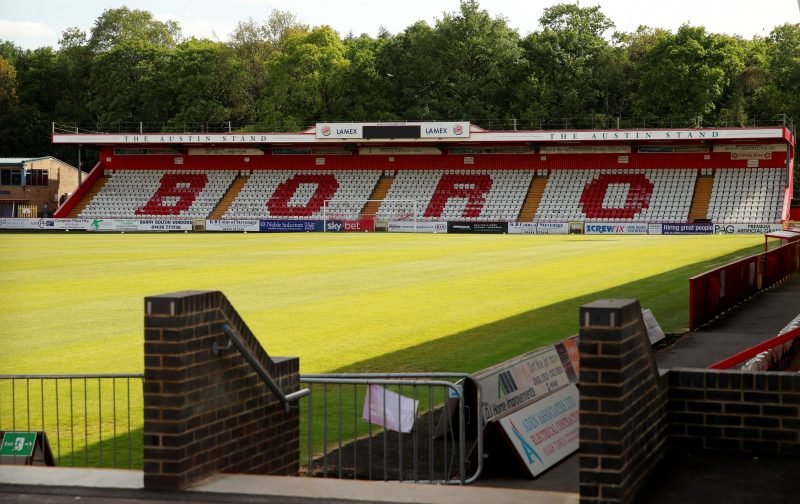 Walsall welcome Stevenage this weekend as Matt Taylor searches for his first win of the season. Stevenage have been in good for this season, and have carried on where they left off in 20/21. Alex Revell has certainly got the side performing, and he has turned their fortunes around dramatically.

To learn more about the work Revell has done, and about the opposition in general, I spoke with Recce Donnelly to find out about all things Stevenage.

Stevenage have turned their fortunes around, and look a very good team in League Two, what has changed?

To be quite Frank. Everything. Revell has settled into management, set his style and shape and really drills the message hard and recruits around that. Dean Wilkins has been superb for him and it’s all just come together really. We have a team of good people working for each other in a system they believe in. Sometimes that’s all you need!

How has your season started off?

Well we’re sixth so not too bad at all. Two really solid victories at the start of the season against Barrow and Bristol Rovers. A superb win v Luton was also superb for the teams confidence and morale. We had a heavy defeat against Bradford which soured the mood a bit but to say we’re going into this confident is fair. We don’t think we’ve quite hit what we’re capable of yet which speaks volumes about how good we can be this year

Who is your danger man

Our forward line is building particular intrigue. Luke Norris is always horrible to deal with in this league and a top centre forward. But the man for me is Elliot List his touch and pace means he’s ahead of the game often. Expecting big things this year and he’s scored 3 in his last 5 now. Of course Bruno Andrade signing yesterday changes things

Revell seems to have added a blend of experience and youth. Who is one for the future?

Jack Smith is the one for us at the minute. Quite unique for a number four to break through but his composure and ball quality really broke through last year and now he has the likes of Jake Taylor Jake Reeves and Chris lines to learn from and develop

Where do you see yourselves finishing this season?

Hard to say early on but that top 7 bracket has to be seen as reachable but I’m sure 23 other teams are saying similar around this time of year. No doubt on our day we are as good as anyone in this league for me. Just how often our day is

What do you know about the Saddlers?

Really respect Walsall as a club. Probably should be above what they are division wise so it’s a shame to see them settle but I like their approach to this season. Matt Taylor is a good coach, all about the step to becoming a manager. As we saw with Revell it takes time. Walsall have a decent squad at this level but no real star quality to work around for me. Taylor going to have to squeeze every last bit out of these players to achieve and that’s a hard ask for a first time manager. But not impossible

How will the game finish?

I think with Stevenage on still some what of a confidence incline and Walsall still on building ground I can’t help but fancy us. Tougher game than people make out though. I’ll go 2-1 Stevenage.