Taking on the Reliant Robins! 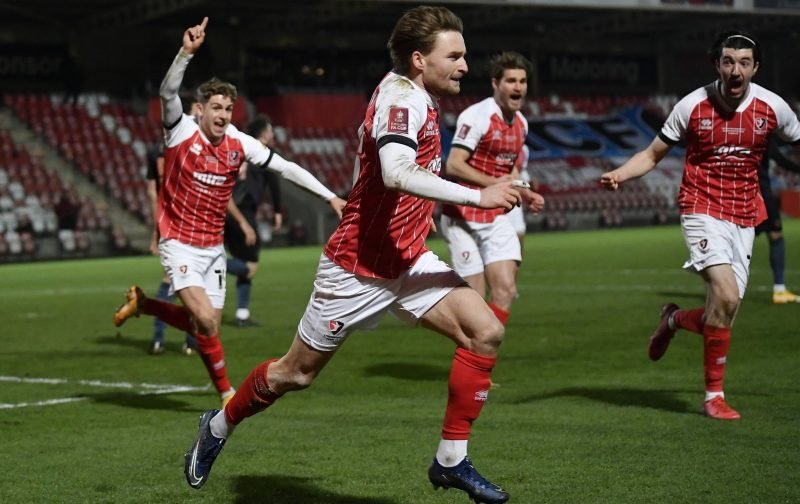 Tomorrow night sees the Saddlers facing Cheltenham Town, in the rearranged fixture, after Saturday’s game was called off due to a frozen pitch. The game will be played on a difficult surface, and may not be a spectacle for the fans. But that may suit the Saddlers, as they welcome a Cheltenham side that are in the hunt for the automatic promotion places.

Cheltenham sit in 3rd place, 5 points behind Cambridge in 1st place, although they have a three games in hand on the leaders. They are looking to return to League One, after their relegation in 08/09. Last season saw the Robins lose in the play-off’s and have set themselves up to go one step further, and achieve an automatic spot.

They made a couple of late additions to the squad in the winter transfer window, with striker Sam Smith joining on loan from Reading. In midfield, they have strengthened the ranks with Callum Wright joining on loan from Leicester, and Indiana Vassilev from Aston Villa. The loan signings have added youth, and energy to the side, and with the fixture congestion for all of League Two ahead, they will be needed in what will no doubt be a rotated side.

Cheltenham have a very solid defence, and have only conceded 23 league goals all season. They have scored a fair few goals too, but they are by no means pushing the top scorers. One thing that is impressive about Cheltenham, is that they have a number of players who have chipped in with multiple goals. Alfie May and Andy Williams lead their scoring charts, but with midfielders and defenders helping too, the Saddlers will have to prepare for multiple threats.

The Saddlers go into the clash with Cheltenham on the back of four games unbeaten, however in those games, there has only been the one win. Drawing games has been Walsall downfall this season, however on paper, a draw against Cheltenham would be a good result. They sit four places, and six points outside the play-offs, and with games coming thick and fast, a good run of results now is key.

There are question marks all over the pitch. The side haven’t registered a clean sheet in 15 attempts, and up top, they aren’t doing enough to outscore their opponents regularly enough. Max Melbourne had a bright debut, but other debutant Derick Yaw was not on the pitch long enough to make in impact, with the Saddlers playing it long to him, meaning he struggled to get a hold of the ball.

The Saddlers looked less threatening going forward in their last game, and seemed to struggle to adapt to a style, without Adebayo up top. There is growing pressure on the side, and the likes of Caolan Lavery, who are struggling to register shots, let alone goals. A big call for Clarke, will be the Saddlers formation. Although they look tough to beat in the 4-2-3-1 that they have lined up in, they also seem to struggle to win games in it. Lavery does not suit being a lone striker, and Gordon’s height makes him less effective than he can be. Both strikers had a good spell in a 4-4-2, partnering each other, and it could hold the key to getting the Saddlers firing.