The biggest week in the clubs history? 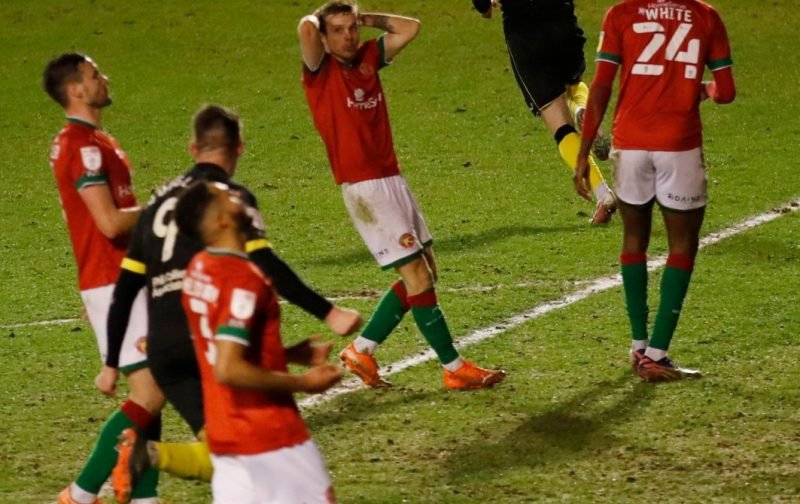 ‘Walsall are historically a League One club’. That is what has been said of Walsall over the last two seasons in League Two. Well history only goes so far, and the way things are going, mid-table mediocrity in League One feels like a dream from a lifetime ago. Walsall are sat 20th in League Two. If they fail to finish above 16th, then they will have recorded their lowest finish in the league, in their history. It is an extremely worrying time for everyone associated with the club, especially with the games that lie ahead this week.

Walsall face Southend United on Tuesday, followed by Grimsby Town on Saturday. They are the two teams in the relegation zone of League Two. Despite their position in the league, they are teams that are on better form than Walsall, which is concerning for Walsall fans. The loss to Bolton meant Walsall have only picked up four points out of a possible 30. Losing either game this week will mean that valuable points will be gained by the team in the relegation spot.

A Southend win, would see Walsall’s lead on them reduce to five points. The memory of relegation from League One, and the similar situation is still raw in the memory of the club, and more so the fans, who are furious that a slow walk towards the basement of the league is once again happening. This time, however, it is the clubs existence in the football league that is at stake, which is a much bigger loss.

Following Tuesday’s game, is Grimsby. A good result against Southend could see some much needed confidence back in the Saddlers going into the weekends game. But a loss, or a draw, will heap even more pressure on the team. Confidence has gone out of this side, and these are the two games that fans will think ‘if we cant beat them, who can’t we beat?’

Relegation is never good for a club. Losses of income, and a decreased status plays a big part for the future of the club. However, this becomes much more serious when a club dabbles with their league status. Dropping into the National League comes with a whole host of problems.

Relegation would be met with a huge financial hit, which the club cannot afford, especially after a global pandemic. With the rent bill as high as it is, a major drop in income would cripple the club even further. There are also other issues that would come with relegation, like the ability to sign staff and players, as well as being able to run an academy, if the club stay in Non-League for two seasons.

There is also a history of sides dropping out of the football league, and not returning easily. Since the 2010/11 season, teams like Barnet, Hartlepool and Torquay have all failed to regain their league status, as well as Dagenham and Redbridge, Notts County and Yeovil Town. Much like Walsall, these were sides that were historic football league teams, and now are stuck int he National League, or worse.

Win at all costs

Tuesday is one of the biggest games in Walsall’s history. Win against Southend, and any threat of relegation will subside, as Walsall will pull 11 points clear with a game in hand. Draw or lose, and the relegation battle will be well and truly on. Fans do not care how it comes, but the side must win at all costs. There needs to be commitment, desire, and passion shown, something that has lacked recently.

Defensive frailty is something that plagues Walsall, and there needs to be a tighter defence this week. The defence have made too many mistakes this season, but that needs to be put behind them this week. Bodies must be put on the line to pick up positive results, as well as some technical quality.