The Dust Has Settled, What Do We Need? 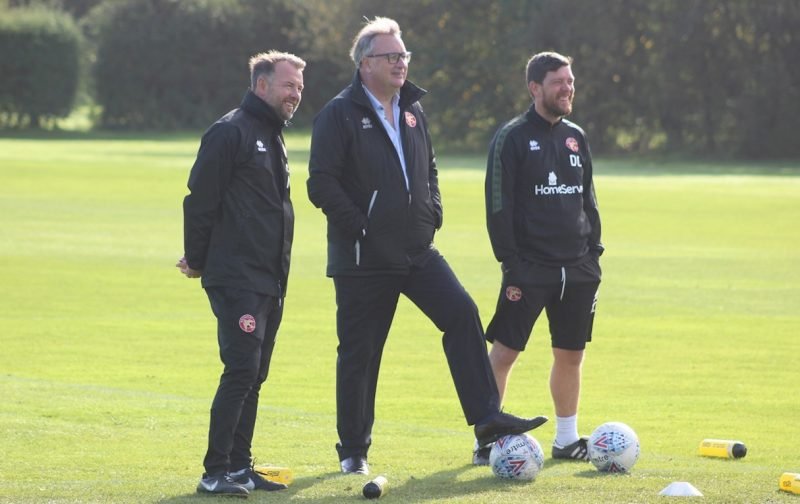 The dust has settled, and we know who we are keeping, so what positions do we need to strengthen when the transfer market does open. For this, I am going to assume that the 5 players we looked at yesterday will all sign (hopefully). With that in mind, lets dig in!

Firstly, we will need to get a new goalkeeper to push Robbo. With only one in the first team, there is a need for a second. The debate will be whether we get a more experienced head, or get someone who is younger that Maik Taylor can nurture and develop to really challenge for the number 1 jersey. Roberts grew as the season went on, and really impressed in games such as Salford away, where he made some incredible saves. However players need others to push them, so whoever comes in, needs to be good enough to play, should Roberts be unavailable.

In defence, I feel we need one more player, but I am unsure where I feel that player should primarily play. On the left, we have Callum Cockerill-Mollett, and Zak Jules can also fill in there. On the right, we have Cameron Norman, with James Clarke who can slot into that role too. We have 4 centre-backs, plus Tom Leak, but it all depends on whether DC decides to play the two mentioned as full backs. If so, then we need another Centre-Back, if not, then I think a Left-Back would be a better signing, as Clarke has played more out wide compared to Jules. But trying to predict DC and his thoughts is not exactly easy.

In Midfield, there are 3 places I feel we need to strengthen, however budget will dictate what we actually do. I think that we need a solid holding midfielder, but I think with budgets being lowered (for Covid reasons), that this role may be filled by Sam Perry. He looked good in his appearance there, and he could very well use this season to make the position his. We may secure a loan for this role, as it could be a season too soon for Perry. We need another winger, preferably on the right wing as Nolan is adaptable to either wing (I may be wrong there). This would sure us up out wide. I do feel that any winger signed should be adaptable to play either wing, as we cannot rely on McDonald as the only Left winger, not because of talent, more because we don’t want to be short if he is tired or injured. The other midfield role is a creative attacking midfielder. Holden shone in that role, and it really added something to the team, and contributed to a better run of form. The attacking or holding midfielder will be the roles that I feel will be budget dependant, and may well be filled using loans again.

I don’t feel we need another Striker, we have the 3 first teamers, and young players who are highly rated, so in terms of a budget, I think it would be money best used elsewhere,

So that’s where I feel we need to strengthen, let me know your thoughts and if there are more, or others that we need to recruit!