The General has left he building 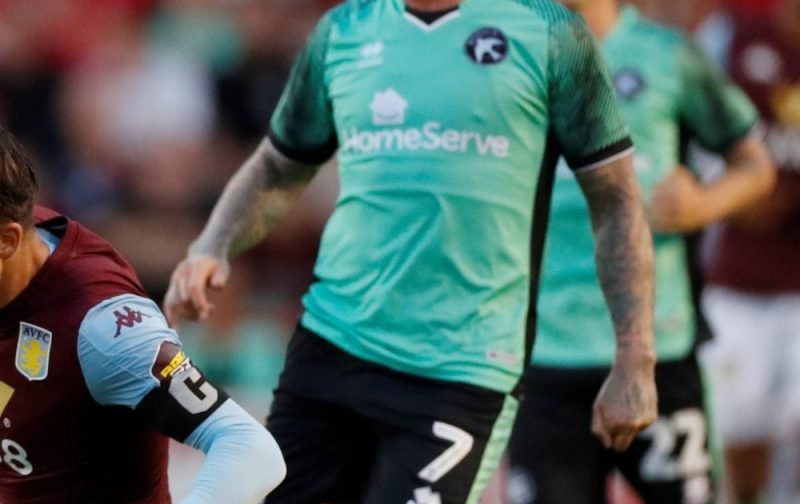 Amidst all the drama on deadline day, there was one piece of news that fans were not expecting. Danny Guthrie left the club by mutual consent, which given his wages, and playing time, made sense to both parties.

One of the big talking points during the summer  was the decision to renew the contract of Danny Guthrie. The decision split fans, with a few points being the key discussion topics. Some of the fans felt fitness, and a lack of being able to play week in week out meant he was an expensive player, others looked at the difference in win rate with him in the team, and felt that he was key to the team.

This season, Guthrie featured  14 times for the Saddlers, with 7 of these being starts, and 7 substitute appearances, and finished the game only twice. He averaged 54 minutes per game he played (games divided by minutes), which is identical to last season. This season, he did not register a goal, or an assist, and many fans were questioning what he was bringing to the team, especially as his fitness seemed worse than last season.

As the season has gone on, Guthrie has featured less and less. He started the season, playing in nearly every league game, however he then was dropped to the bench, and had not featured since our game against Carlisle on January 2nd. The writing seemed to be on the wall when a more technical midfielder was brought in on loan, and seemingly the club felt he was no longer needed.

Danny Guthrie was rumoured to be our highest earner, with his wages rumoured to be £2,400, according to the website, Salary Sport. If true, then the club have managed to significantly reduce the wage bill, in what is financial trying times. Although these figures may not be accurate, it gives a rough figure for what he could have been earning.

Using this as an estimate, and assuming the contract was due to expire on June 30th 2021, the club have saved £50,400, before any bonuses. There was probably some pay off, but it gives everyone a very rough idea on what money has been saved by Walsall.

Another controversial point, was the pictures posted on Guthrie’s Instagram page over the weekend. On Saturday night, after the game with Mansfield had been postponed, Guthrie shared photos on his page, which seemed as though he was smoking a shisha, which once again split fans opinions.

There has been no word or rumour that this incident is linked with his contract termination, and it may have been agreed before the pictures were posted, but it brought up the fitness debate once more.

The reaction from the fans was overwhelming, with the vast majority feeling that the club had made the right decision to part ways with the player. The saved wages, and fitness issues were the main reason behind this, with many citing that his displays on the pitch simply weren’t good enough.

It now gives Vincent the opportunity to feature more, and with a gap in midfield, along with Leigh Pomlett’s comments regarding signing loans that have impressed, there may be a deal for him if he shows his potential.