The right winners, alarming runners up! 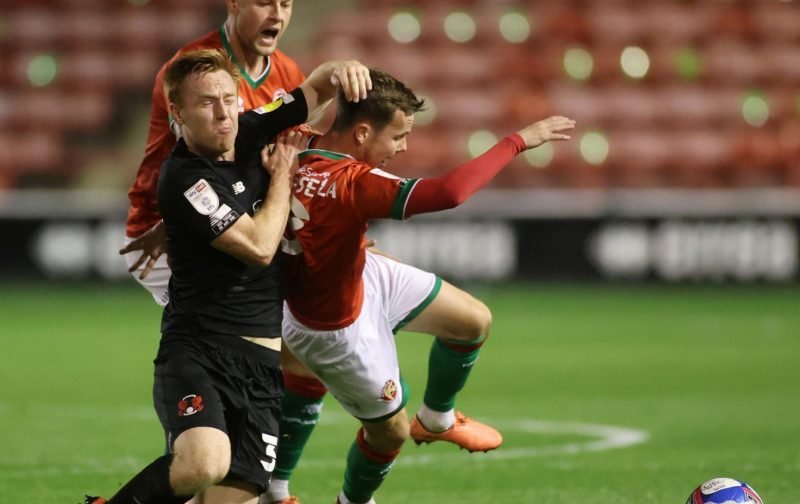 Today, the winners of Walsall’s Player, and Young Player of the Year were announced. The vote was conducted by the Walsall FC Trust, who announced the winners and runners up in each category. The results in one vote showed an alarming issue with the squad.

It was a well deserved award for Liam Kinsella, who has been the shining light in the team this season. His displays in the middle of the park have been consistent, even when the team have underperformed. He has battled hard, won a lot of second balls, and been the engine room of the team. In the league, Kinsella has made more appearances than any other player, featuring 42 times. Despite being 24, he is an experienced head in the team, and keeping hold of him makes the team much stronger for next season.

The Young Player of the Year was awarded to Sam Perry, which was every bit as deserving as Kinsella winning Player of the Year. Perry has now made 15 appearances for Walsall this season, and has deserved his place in the team after an impressive league debut in difficult circumstances. Perry, 19, alongside Kinsella, has given fans some hope for next season, especially after signing a new deal just under a month ago. Perry has displayed a calmness beyond his years, and a willingness to give his all for the team, something that has instantly made him a fan favourite.

Together, Kinsella and Perry have cemented themselves into the side, and will see the side being built around them for next season. They really have made fans proud, and despite the dreadful season, both can hold their heads high.

Starting with the Young Player of the Year, we saw Tyreik Wright finish third, and Alfie Bates in second. This is no surprise as despite there being many young players in the team, these have featured most, and have earnt their spots in the top 3. Wright has featured 15 times since joining on loan, and with 3 assists, he has been a positive player in a poor attack. Off the field, it has been a difficult period for Wright, with racial abuse, and the case currently with the CPS. Bates picked up where he left off last season, and although his form has dipped recently, he has generally played well.

This is where it takes a bit of a worrying turn. In the Player of the Year category, we saw Elijah Adebayo in third, and Rory Holden in 2nd. Since Adebayo left in January, Walsall have played 20 league games, with one remaining. He featured 25 times for the Saddlers this season in the league, and is the clubs top scorer with 10 goals, four more than Lavery who is next in the charts. This is an extremely worrying and disappointing stat, that a player who has been away from the club for nearly half a season, has come close to winning Player of the Year.

This is the same with Rory Holden. Holden has only featured 21 times in the league for Walsall, with some of these being a phased return from injury. Holden has 4 goals and 5 assists in this spell, which is a terrific goal involvement considering the minutes he has had. As with Adebayo, it is concerning that a player who has not featured a great deal this season, has finished 2nd second in the list.

It does show that Walsall have missed the key player through injury, or sales, resulting in their poor league position. The good sign is, that the winners are tied down, the concerning this that looking at the four runners up, one is a loanee, another left a few months ago.