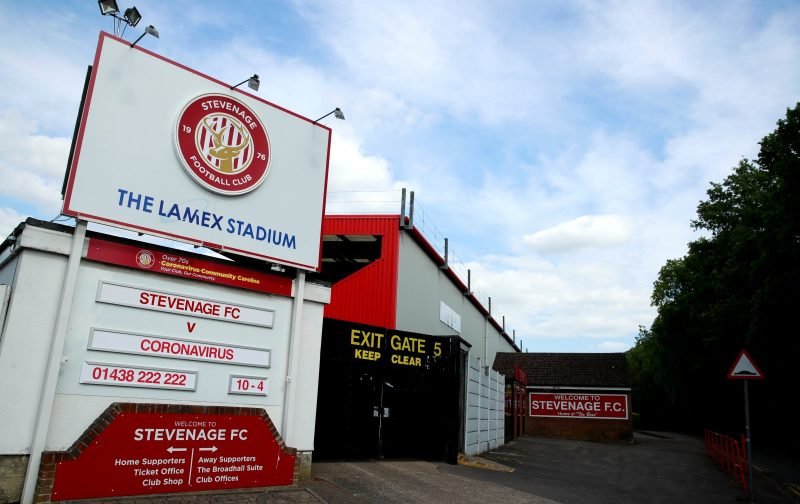 Walsall travel to Stevenage tomorrow, hoping for a first win under new Head Coach, Brian Dutton. To take a look at the hosts, I spoke with Reece, who gave us the inside track on Stevenage.

Stevenage have managed to keep their heads above the water, and have improved on last seasons efforts. What has changed?

Our whole squad mainly and a whole new identity. We have had a few rough moments this season but have never been massively far away. Taking chances has been our nemesis again but patience was always going to be key with a first time manager and how hard the job he was taking on and it’s been rough at times but we are seeing the makings of a good team and a plan going forward

Despite your league position, you don’t concede a lot of goals. How has your defence managed to stay so tight?

A nice blend of youth with Wildin and TVC has a nice balance with the experience of players like Cuthbert Prosser and Coker. A lot of organisation and having a lot of talkers back there help a lot. They just fit together which is credit to them given how many formations we’ve had to go through this year

Who is your dangerman?

Elliot List is a man in form at the minute. Has been the most fouled player in League Two in the past month. Improved his finishing. One of the fastest players in League Two and has the most defensive contributions from an attacker in League Two so he’s not afraid to do the dirty work

Revell seems to have added a blend of experience, and youth. Who is one for the future?

There is a nice core of young players there for Revell to use. Not sure Terence Vancooten counts at 23 but him now adding consistency to his game is huge and according to who scored is the tenth best performing player in League Two. Jack Smith was used a lot more at the start of the season has a big future at 18. Just keeps games ticking over. But it’s nice to have to think hard about who to put for this question!

Where do you see yourselves finishing this season?

Honestly in this league god knows anymore. Our form has been very encouraging since Boxing Day as have performances and recent results against Tranmere prove we can compete against any one but anywhere in that 10-16 pack is a realistic aim and would be a huge success given the horror of last season

What do you know about the Saddlers?

Bigger club than people give them credit for. Lost that bit of spark. Never gutted to see a rival weaken but thought there would of been more fight to keep hold of Adebayo and Jules. But Walsall are a good team who have got players to hurt you. I’ll be interested to see who the next appointment is, it feels like a big one and a big opportunity for Walsall

Predictions for the game?

Been a while since I’ve been able to say Stevenage are going into the game in a confident mood. Walsall is a difficult one to predict after Clarke’s departure. Whilst things went a bit stale under him, I can’t imagine with how sudden everything moved that it’s been easy. A decent performance against Cheltenham though. The pace on both teams suggests to me there’s goals in this. I’ll say 2-1 Stevenage!