Time to get ready for next season 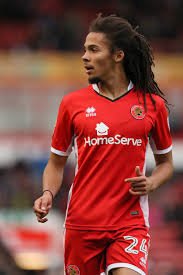 At the fans forum, Leigh Pomlett said that he will be the last person to give up on making the playoffs. After last night, he must be very close to being the last one who thinks we can.

Last night, and Saturday against Carlisle were Walsall doing what we do best, lose the games we should be winning. I am an optimistic person, but now, I feel we should be getting ready for season 2 of League 2 football. And here is how I think we should be doing it.

This season has seen the emergence of the likes of CCM and Alfie Bates, along with Sam Perry. For me, we have to start blooding the younger players, and get them fully prepped for next season. We aren’t going to get relegated, and we certainly aren’t getting promoted so why not get the players who need a bit of developing, on the pitch, and get them game time.

We have players all over the pitch that I feel we should be giving playing time to now that it is all but confirmed we are staying put. In defence, CCM has been unlucky with injury. At the fans forum, DC spoke of how he thinks it unlikely we would be able to keep hold of Pring. So for me, if both are fit, CCM should start to aid his development. The same applies to Jules and Kory Roberts. I am not expecting to see them both play at the same time. But Kory has barely featured since his return earlier in the season, but now is the best time to enable him to get back into consistent playing. Jules, if staying past the end of the season, also requires game time to develop too. At Right-Back, I think Facey and Norman offer different strengths and weaknesses, so keep both competing to hold down the role.

Midfield is a tricky one, we have a lot of players that could easily feature for us, that are young, hungry, and deserve an opportunity to play to get more familiar with league football. We have the likes of Alfie Bates, who has shown remarkable progress this year, and that is only playing around 20 games for us. He, for me, should be returning to the team. The more game time he gets, the more he will feel established in this league, and will help him really kick on next season. So far, from what I have seen, Jack Nolan looks like a good capture for us. He looks like a raw talent, and I think that featuring this season, and with a pre-season under his belt, he could be a quality League 2 player next season for us. But it’s that same thing, he needs an opportunity to play. Finally, Sam Perry. He had a fine game against Portsmouth, and was unlucky to be on the losing team. Sheron hasn’t impressed in his couple of starts since joining the club, and I feel that giving the game time to Perry would be the smarter move, and better for the long run and development.

Finally we have the Strikers. I want to see Gordon and Lavery starting up top together every game. They are by far our best pairing, and the more they play together the more in tune they look. Adebayo doesn’t seem to have that link-up with either one when playing up front. If any fatigue or injuries should occur, I think Candlin deserves a chance to play, and to get the opportunity to get some game time. Now I am going for a curve-ball. Should any major injury happen, rather than just a knock, I feel Adebayo should be given a run in the team to try and build up a partnership with either Lavs or Gordon. He has not really had that run of games with one, and, having recently turned 22, he is still a younger player.

So there is my thoughts on a way to make this second half of the season more productive, and developmental in readiness for the 20/21 season.