Time to see who is in next seasons plans 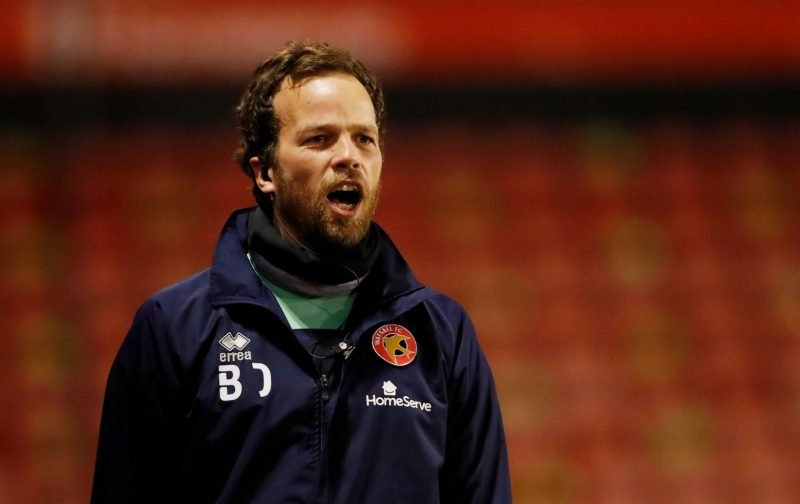 This week, Brian Dutton spoke to the clubs media team, in an interview here, about the upcoming game against Scunthorpe. In it, he mentioned a few elements regarding a reaction after a disappointing defeat to Scunthorpe, and commitment to the club. He then also went on to discuss how it is a difficult part of the season, as players have started looking elsewhere.

This is a direct quote taken from the interview. Dutton talks about how he wants the players that are playing the final few games to be 110% committed to Walsall. This will be a big indicator as to who may be staying, and who may be leaving. Dutton admits that it is the time of the season where players have begun trying to secure their futures elsewhere, especially if they don’t see it at Walsall.

With this in mind, Dutton won’t be playing the players who he feels have already had their heads turned, especially as he has now given a public statement about only giving match time to those who will give their all for the club. This may include players who won’t be here next season, but it will give us all an idea of who of the ‘out of contract’ section, have shown a desire to play for the club.

The line up today, and for the following two games, may see some surprises, but it will be a chance for the fans to see what may be the core of the side that is taken through to next season.

It will be too early to tell, but now that Jamie Fullarton has seen the side play a couple of matches, and now he has spent time at the club meeting everyone, he will start to be formulating a plan. This will be a plan about the managers role, and the playing side, and the ethos of the club. This plan will likely feature around youth, which is his background, but it will be beginning to take shape in his mind.

Will this be playing a part in Dutton’s thinking too, as he is someone who has pushed youth. We all know about Leak and Perry, but Dutton has also invited Danny Coogan back to train with the club, after he was released last summer. Dutton liked the youngster when he was at Walsall last season, and wants to get him back to take another look.

Dutton has also given spots on the bench to Joe Willis, another promising youngster. Willis is yet to make his debut, however with 3 games left, he may well be in line for an appearance.

All of this, although not directly linked given the time span so far, will be in Fullarton’s plans. He will want a manager at the helm that fits his way of thinking, and planning, so the question is, does he feel that is Dutton?