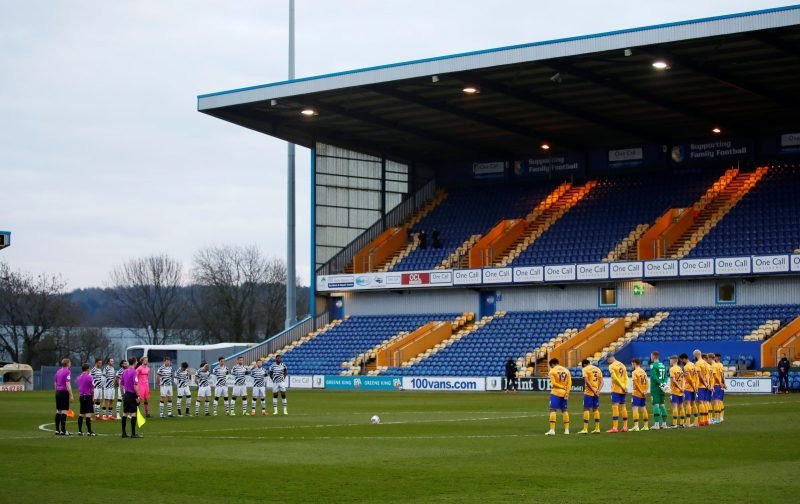 Walsall head into the weekends game full of confidence after two good results in a row. The visitors on the other hand, are struggling for form, and it is a game that the Saddlers need to do well in, and take advantage

After two league victories in a row, Mansfield have lost their last four matches in all competitions. Their last match saw them lose to Harrogate 3-1 after taking the lead. Defensively, Mansfield have conceded the most goals in the league at this early stage of the season with 10. This is another area where Walsall need to look to capitalise.

Mansfields defence won’t have its usual midfield in front of it. In the loss to Harrogate, they saw Ollie Clarke the experienced Stephen Quinn both sent off. Mansfield will be without two key central midfielders, however in their absence there will be others wanting to prove their worth.

At the top end of the pitch, Mansfield have a range of talent that could threaten the Saddlers back four. Danny Johnson arrived in the summer, and with 20 goals in all competitions last season, he will be a threat. The Stags also have Ollie Hawkins, who already has three league goals to his name, as well as the experienced Jordan Bowery, although he has had to settle for cameo appearances so far this season.

Saddlers have a platform to build from

After two positive results, it is time for Walsall to start gaining some real momentum. Mansfield will be seen as a team there for the taking, and Matt Taylor will expect a performance. Four points against two sides that have had good starts to the season is not a mean feat, however these games must be followed up with more good results.

Like Mansfield, the Saddlers will be missing players. Joss Labadie will miss out through suspension, and Rollin Menayese will be unavailable against his parent club. In their absence other players will get an opportunity. In midfield, Sam Perry or Alfie Bates will more than likely partner Liam Kinsella, and Ash Taylor will be expected to partner Monthe at the back.

Walsall were resolute in their previous two games, where they faced a lot of pressure. They need to keep that defensive mentality, and start really adding some clinical attack with it. Earing will be full of confidence after scoring against Bradford, and Kiernan keeps getting more and more effective. New boy Miller had a good debut, but will want to show more of what he can do on him home debut.

After the battling point on the road, Walsall will look for home comforts to help them secure back to back home wins. Saddlers fans will be there to cheer the team on, so make sure you get your tickets.