The Saddlers are unchartered waters this weekend as we go looking for our fifth straight victory in all competitions – nice feeling to have isnt it?

We face a struggling Salford side who have conceded four goals in their last two games, the Saddlers have kept six clean sheets in fourteen games this season.

We are unsure on the fitness of Cameron Pring and Caolan Lavery but Rory Gaffney will miss playing against his parent club.

It seems Clarke will go with Adebayo and Gordon upfront – hoping they can finally click as a partnership.

Wes McDonald will be hoping to continue his fine form.

Salford will likely be without Richie Towell, Liam Hogan and Chris Neal who are still returning from injury. 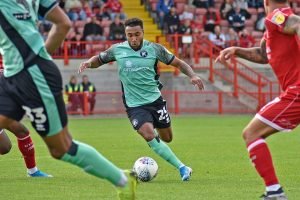 Wes has been in fine form in recent weeks with some impressive displays and grabbing a goal and assist at Crawley last weekend.

Wes seems to finally be our answer to our attacking options, long may it continue.

Emmanuel Dieseruvwe has scored three goals in his opening eight games this season and the striker is Salford’s top scorer in the early stages of the season.

The Saddlers and Salford have never met in the league.

Kettle is no stranger to Walsall fans following his inept displays especially during our 1-0 home win against Bolton in 2016 when he sent Joe Edwards after just sixteen minutes.

His last game involving the Saddlers came against Portsmouth last season where he awarded the visitors a thirteenth minute penalty.

He awarded four penalties in the League Cup game between Gillingham and Newport.

Five on the bounce. Up the Football League we go. 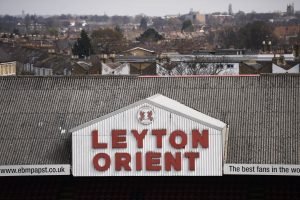