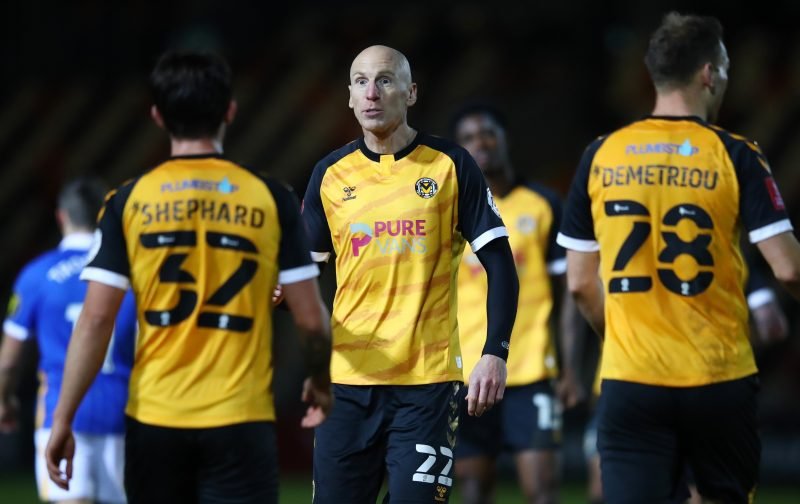 With games coming thick and fast, it is time for another preview. This time I spoke to ‘1912 Exiles’ who are a Newport County Podcast, to find out a little more about the visitors.

How would you rate your season so far?

By most early predictions, we’re far exceeding them! Unfortunately, it’s given us a taste of promotion of which our recent form will not deliver anything of the kind. Most Newport fans will have bitten your arm (and leg) off for 7th but given that we were top of the league and playing some lovely football, there are a minority of County followers who find themselves utterly despondent and pointing blame at anything that comes to mind; the pitch, the weather, the players, Wilfred Bony’s training stint with us, money, COVID and sadly enough the manager Michael Flynn.

We’re currently a play-off side with a fanbase in a relegation mindset, calling into question Michael Flynn’s ability now only in his fourth year of professional management. Go figure…

Newport started the season very strongly, however your form has dipped lately. What has changed in the side?

A living highlight reel of passing and goalscoring who we had the joy of loaning from Swindon for a brief period has returned to his parent club (only to be sat on the bench…), he was never suitably replaced during the January period and our more creative players have less outlet for their forward-play.

You are sat in the play-off places. Can you finish there come the end of the season?

If we sell our soul to the footballing devil and play to win ugly on one of the worst pitches in professional football at Rodney Parade then we have half a chance. Unfortunately, Flynn had gone to some considerable effort to recruit and train his squad in a free-flowing style last summer and it is quite literally getting stuck in the mud at present.

Who is your key player?

The money would say Josh Sheehan who is a central midfielder who recently nabbed a cap for Wales but the statistically proven chance creator is wing-back Liam Shephard. We look to him to finally provide some semblance of service to our new loanee Nicky Maynard of whom is visibly frustrated.

What system do you play?

Hard to tell as of late due to Michael Flynn’s early substitutions! Sweeping changes mid-game are common-place at present even coming early as 30 minutes in.

What areas do you feel the side need to improve?

Our resilience and response to a goal and to that end, ensuring that we score first. Our bouncebackability was always a bankable asset but now is entirely lacking.

Finally, what do you know about the Saddlers? Predicitions for the game?

Something, something, Paul Merson…

Prediction? A lot of swearing by our assistant manager and but a single shot on target for Newport.