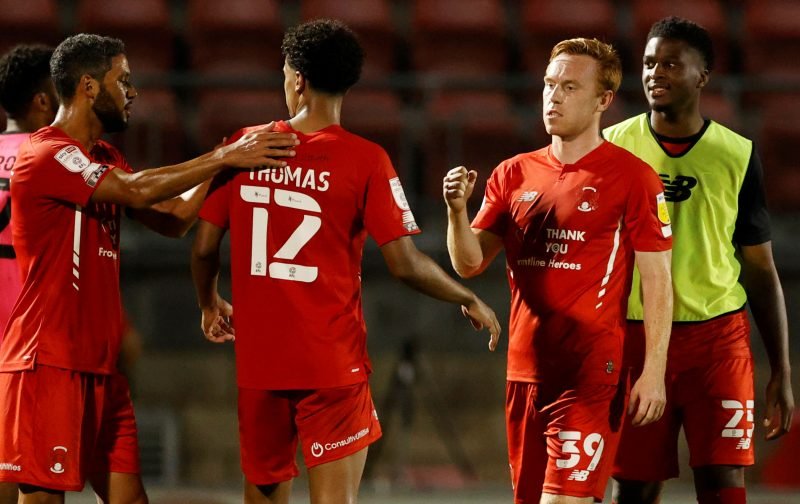 Tomorrow, Walsall take a trip to East London to play Leyton Orient. The O’s are back in the play-off hunt after replacing Ross Embleton with Jobi McAnuff. Walsall, are still looking for a win under Brian Dutton, and they will know a win against Orient, will ease worries of relegation.

I spoke with Paul and Steve from the Orient Outlook Podcast to find out more about the opposition.

Jobi McAnuff has picked up a few wins as manager. Is he the right man for the job?

Five wins, two draws and just the one loss as interim manager suggests he could well be. There’s still a number of games to go but the early signs are very good.

What has he changed to turn Orients fortunes around?

Jobi has managed to galvanise the players and he has brought back a couple of players into the first team fold who found games hard to come by previously and they’ve been solid.

Orient are knocking on the door of the play-off’s, do you think you can reach them?

We’re in touching distance now as we’re just one point and a small goal difference outside. There’s always one team who pick up some good consistent form and make a late surge. It could be us this year.

Who is your key player?

There’s a few to choose from really and picking just one seems unfair. Lawrence Vigouroux in goal has been a revelation for us, Jamie Turley and Tunji Akinola are solid in defence and a Conor Wilkinson and Dan Kemp are lethal up top.

Strengths and Weaknesses of the side?

We’re hard to break down, we have a real belief about us so we are mentally tough, we’re dangerous on the counter attack as we have pace. Solid back 5. Experience blended with youth.

We’ve been over reliant of Dan Johnson throughout the season, we have also switched off at crucial times which has cost us – although Jobi seems to have rectified that recently.

Danny Johnson scored two in your last game, is he back to his best after his injury?

Might be hasty to say he’s back to his best despite having scored two in one game but it will be a massive confidence boost for him.

Finally, what do you know about the Saddlers? Predictions for the game?

We know Darrell Clarke suddenly left for Port Vale and you haven’t won in a while. You won’t be a push over either so we will have to be on top form to ensure we take the points we need for our play off push.