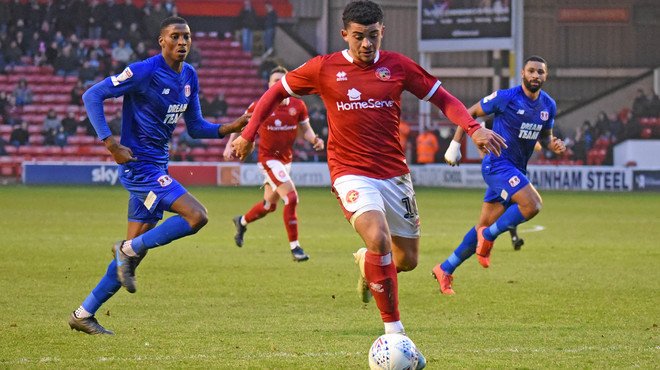 For most of the season, our best strike partnership has been Gordon and Lavery. Their goals have seen a bit of friendly competition between the two, but could a third person be entering the race?

This stat surprised me. McDonald has scored one more in the league this season than Lavery has, and James Clarke is only one goal behind too. Now I am not for one second saying that Lavery has been poor for us. His partnership with Gordon has brought about a change in the Saddlers fortunes, and with a few assists to his name, along with his work rate, no-one can say Lavery has not been a good player for us. But with only four of his goals coming in the league is not what I expected, and nor did I expect Adebayo and McDonald to both be above Leavery’s league tally.

Total goals in all competitions is where the competition lies, and Adebayo, if he can continue to play the way he has the last two games, could very well look to overtake Lavery, especially as, at the moment, Adebayo is playing Lavery out of the team. He has linked up well with Gordon, and shown that, given time, they could be as threatening as any other partnership, and that is something I didn’t think I would ever say.

I have always felt Adebayo was talented, he showed he had many talents, but linking them all together was his downfall. However whatever has happened between the start of the season and now, has worked, and it shows that Marcus Stewart just needed time to develop the players.

Do I honestly think Adebayo will finish as the clubs top scorer? No. But a few more games in the form he has shown against Vale and Northampton, and he could finish as our top league scorer, he is only 3 goals behind after-all.