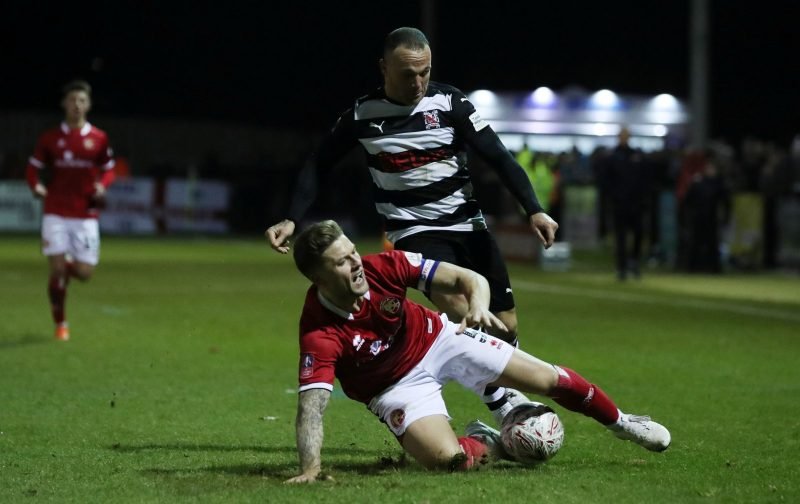 This season hasn’t been as plain sailing as many would have liked. There are many question marks and concerns regarding the defence, and not just the performances. As a unit, they have underachieved, but individually there have been some standout performers, and performances.

Walsall have gone 15 games without keeping a clean sheet. The fact of the matter is that it is not good enough. It puts pressure on the team to score at least two goals a game to win matches, and that is going to be a little bit trickier with the top scorer not being at the club. There have been many reasons for this, and the biggest, is concentration leading to mistakes.

There have been countless times where the defence, or keeper, have switched off, or made a bad decision that has directly led to a goal. This has often resulted in points dropped, and in a league that is so tight, it could have seen the Saddlers much higher up the table. The latest mistake, was a short pass, that was capitalised on by Mansfield, and in a game that ended 1-1, cost us two points.

It has a knock on effect, with mistake affecting attitude, and mentality during a game. Fans have almost come to expect a mistake a game, and have noted how little the Saddlers concede goals after being ‘carved open’, or by superior attacking play.

Cameron Norman has been in fine form this season, however recently, he has barely featured, with Hayden White being preferred. This has angered and frustrated fans, as White’s performances have not lived up to the excitement and expectation from when he signed. But it begs the question, why is Norman not starting?

As he is on the bench, it would appear he is not injured, and in the substitute appearances, he has looked fit and sharp. Clarke keeps the cards close to his chest, and it is unlikely to be revealed as to why the change at right-back has been made. White has started to improve when given the run of games, but so did Norman, and the worry is that it would take him back a few steps if his run on the bench continues.

Centre Back Plan B?

Zak Jules was a very good Left-back, and suited the role better than at Centre-back. However he provided cover for both. In recent weeks, James Clarke has been missing through injury, and there has not been any update as to when he will become available again. This leaves Dan Scarr, and Mat Sadler as the only senior members of the squad who are natural in this position.

Walsall have a run of games without a mid-week break until the end of March. There is a worry and concern that an injury to either of these players, would be catastrophic to the team, and any run of form that the side may be building.