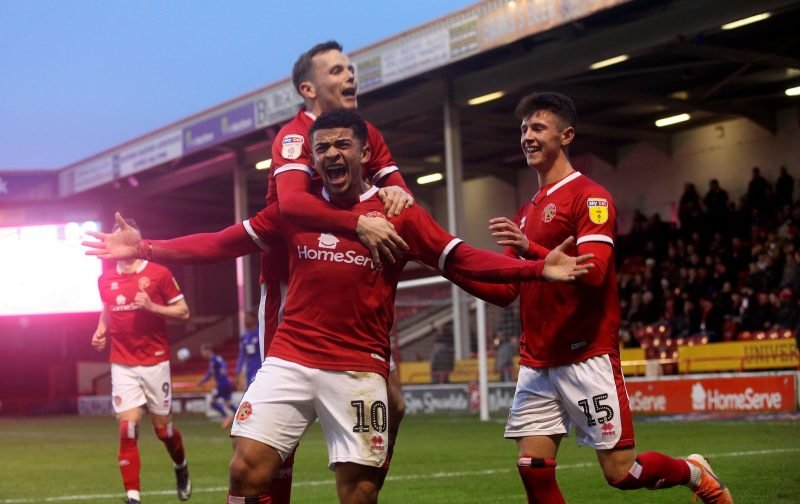 Last up on the positional reviews is the Forwards. A real mixed bag, so let’s crack on.

He is a very hard working player. We all know that Gordon is quick, but in recent weeks, Lavery has matched the work rate and pace of Gordon. He may not be getting several clear-cut chances in a game, but Lavery works hard to get them. He has scored some very key goals for us, and is probably our best finisher. He isn’t without his flaws. He can get lost in games, and at times, runs without any reward. That isn’t always his fault, as we all know, but he does sometimes fade away. I feel that his partnership with Gordon has brought out the best in both players. Yesterday against Leyton Orient we saw his work rate, passion and desire. I don’t recall him having a shot, and yet he was a contender for MOTM, that just about sums up how hard he works.

Super Joshy Gordon. He works hard, does not stop running, and mentally is a strong player. He could have easily lost his way at Walsall. Last season was tough for Josh. When he signed, Keates spoke about how he was signed as a player to develop, and yet he ended the season leading the attack of a team that got relegated. His work rate was there last season, and has been all of this campaign too. But he has shone in a team that hasn’t set the world alight. He has started chipping in with more goals, and his link-up with Lavery has made them, and deservedly so, our first choice Strikers. I love Josh, and if he continues this form, I can see teams sniffing around. As I said, Josh could have lost his way, instead, he has carried on working hard, and is developing as a player because of it.

I am still very undecided on Adebayo. He has shown glimpses of a real talent. He, at times, uses his body well, takes the ball down, and can run at players. Other times, not so good. Recently he has started to score a couple more, and personally I think that will do him the world of good. He is a player that hasn’t found a home, and at the moment, I am not sure whether Walsall is that home. He has been forced out of the team because of Lavery and Gordons form, and I can’t see him breaking back in anytime soon. I do think that he has improved from the start of the season, and I think that’s down to Marcus Stewart. The club will have to make the decision (maybe even in January) as to whether they feel he is good enough, or can develop enough to stay here long term. What do I think? Based off of his last few games, keep him for the time being.

Well, what can I say here that hasn’t already been said. I wasn’t thrilled when he signed. It was quite an underwhelming signing, especially when we were desperate for attacking reinforcements. Straight away, ill say that I think he should return to Salford. It just isn’t working is it. The fans have given him stick from the start. He missed a few opportunities when we needed a Striker to do their job. Then shushing fans against Darlington was the final straw. His performances have been ok, he has held the ball up well at times, but that is about it. He has one goal, and strikers are judged on goals. He has missed some golden chances, and could easily be on 5+. But he isn’t, and I can’t see him ever being a prolific striker for us.

What I would like, and what I think will happen are two different things.

I think that all 4 will stay, and that no-one will come in. I think the creative midfield areas will be the area we strengthen over actual Strikers.

What I want to happen, is quite different. I think that Gaffney should return to Salford. It isn’t working and I think that him leaving would be best for all involved. I would like to see a target man brought in. One in, one out.

I also feel it is make or break time for Candlin. He either needs to start breaking onto the bench, and into the first team, or moved on. He is clearly talented, but he needs to play football. This may be a controversial point, but he hasn’t had the chance at Walsall yet, and if he doesn’t this season, then I can’t see it happening.

Our attack has improved, and our strikers have started improving (3 of them anyway). But it is still an area that needs strengthening.