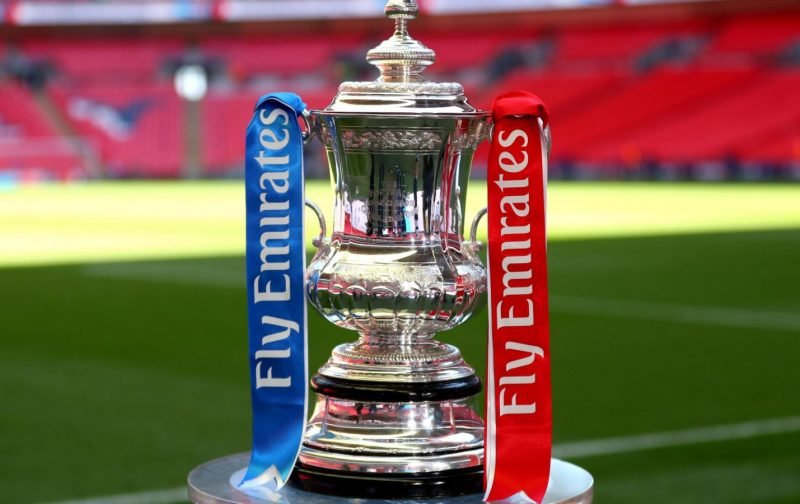 In a game that won’t go down as a classic, it was a Caolan Lavery’s goal that decided this well contested tie, and saw Darlington’s dream of an FA Cup scalp in front of the cameras, come to an end.

Let’s be honest here, it wasn’t pretty, but Walsall had a tactic and stuck to it. There weren’t a great deal of chances of note, however Lavery showed his prowess in front of goal with a powerful header from a Rory Holden corner to seal Walsall’s place in the 2nd round.

It was Darlington who had the games first real opportunity. A well worked move down the right ended with Hatfield unleashing a powerful drive. Roberts did well to punch the ball away and Walsall’s defence cleared.

Moments later a Cameron Norman long throw found its way towards Rory Holden. Despite his effort not hitting the target he did well to get a shot away after being crowded out and closed down quickly.

This seemed a catalyst for Walsall who started to grow into the game. Josh Gordon nearly scored off of a quick counter attack. Cockerill-Mollett, who had a very solid game, won the ball well and played a good ball down the left. Gordon hustled his way and cut into the box on his right foot, lashing an effort narrowly over.

The rest of the first half was pretty quiet in terms of goalmouth action, with Walsall struggling to get Gordon and McDonald on the ball. What we did well was restrict Darlington, who were having far more of the ball and far more of the play, to a few crosses, all of which were cleared or collected by Robert’s.

Walsall started the second half better, keeping the ball well, but still were struggling to create. Norman put a free kick over the bar, and a good ball down the right ended with Gordon crossing a ball to Lavery, who was always stretching and put the ball narrowly over.

Walsall began to dominate possession, and press in the final third. This coincided with our first change with saw Liddle make way for Alfie Bates. Bates, as he always does, was looking to feed the attackers and move the ball around. He began to offer a more creative spark from midfield.

The only goal of the game came from a strong Lavery header after a Holden corner. Lavery ran well and lost his man to create some space. It was a well worked routine, a good ball in, good movement to meet it, and a header that gave the keeper no chance.

The goal sucked the life out of Darlington, who struggled to get back into the game. A few long balls forward, but nothing that threatened Roberts goal.

A solid win, another step in the right direction, 3 wins on the bounce and progression in 2 cups.

The win sets up a 2nd Round tie with Oxford United, who currently sit 7th in League One.