How to fit these two together? 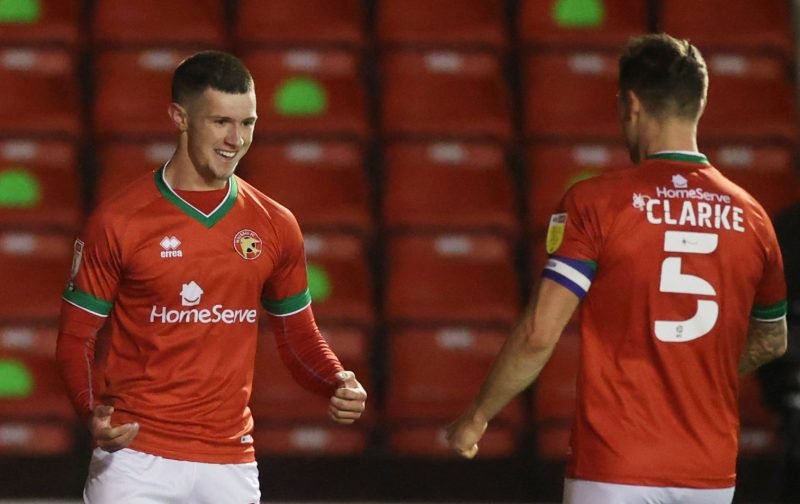 With the squad that is threadbare after a clear-out of players, Walsall have very few to build a new team around. Two of the better players, Rory Holden and Emmanuel Osadebe, have not had set positions, and this is something that has to change. But where is best to put each player? And will it be a case of one or the other?

It is clear that Holden is our most technically gifted player, and our best attacking one too. However, during this season, he played on either wing, and through the middle. He showed his talent across all three, and it is testament to Rory that he has excelled on the wing, especially after poor displays out wide early on in his loan spell.

There needs to be concrete decision made on him, and where he is needed in the team. Every player will alter positions at times, but Rory needs a usual position. He looked sharp in a CAM role, and if that’s where he is needed, then recruiting wingers will be high on the agenda. If Taylor sees him as a winger, then Walsall will need one less wider role filled.

Like Holden, Osadebe played in a number of positions and roles, and also like Holden, a decision on where he fits into the team is needed. Osadebe improved as the season went on, and he enjoyed a run in the team. It would be good seeing what he can do in a settled position. So where is his best place?

Osadebe operates in a freer role, such as an attacking player in a midfield three. In this, he can operate out wide, push forward, or link up the midfield and attack. However, this is the type of role that requires the rest of the midfield to build around him, which then puts pressure for his goal involvement to improve.

Both players are best operated in the middle, in a CAM position, but this then makes it tough as both cannot play there. Osadebe improved as the season progressed, and there was not really that much game time together to see how they could both fit.

So the question is this, would Osadebe through the middle, with Holden on the wing be the best fit? Or the other way around?

This can’t be answered until signings are made, but the recruitment team will need a proper plan to fit these two together, or see Osadebe play a backup to Holden.