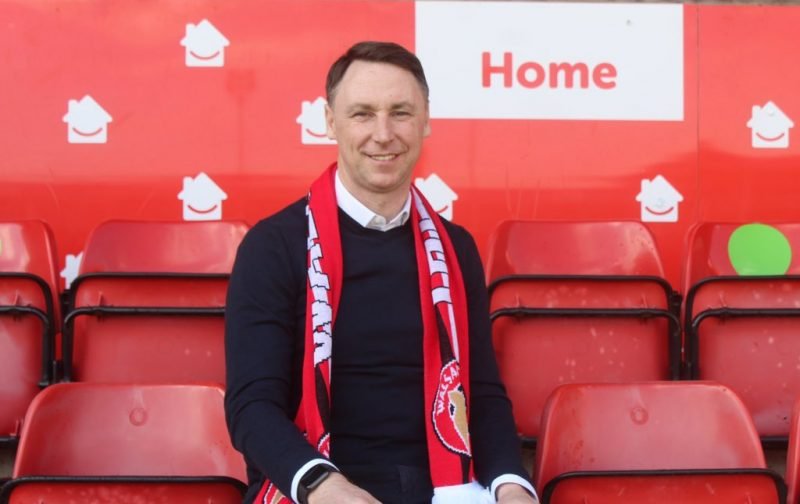 Walsall currently have 16 players over the age of 21 in their squad list. EFL guidelines state a club can have no more than 20 so The Saddlers have room to add some more players to the squad. Walsall are a little lightweight up front, even with Miller impressing already. Here are five players that could be on the radar for Matt Taylor.

The first player on this list is no surprise to any Walsall fan. It’s a name that has been thrown about since Matt Taylor was appointed Walsall FC manager. Kazaiah Sterling is a 22 year old centre forward who can play across the front 3. Although Sterling wouldn’t have played under Taylor, the pair surely would have met whilst Taylor was the under 18’s coach as Sterling was playing for the under 23’s team.

Sterling was a bright prospect in the Spurs youth setup scoring 19 goals and providing 3 assists in the Premier League 2. The youngsters career since moving up to professional football hasn’t been as star studded as many would have expected. The last few season Sterling has played in League 1 and 2 only bagging a handful of goals. That being said, his game time was limited to substitute appearances as he never able to land a regular starting role.

Many in the game speak highly of Sterling, commending him on his pace, strength and predatory instinct. Injuries and a lack of play time has stunted his growth however a fresh start at a permanent home may well just be what he needs to re-invigorate his career.

The Birmingham born 24 year old is another player looking for a fresh start. He is primarily a striker however he can also play on the right wing. Sinclair came through the West Brom academy in his formative years and later making his name in the Liverpool academy. Popular with his previous managers such as Brendan Rogers, Walter Mazzari, Jack Ross and Karl Robinson who all credited Sinclair’s work ethic and positive attitude. After failing to make an impression in the Liverpool senior team he opted to leave for Watford making a handful of appearances.

Sinclair had loans at Birmingham and Sunderland but it was Oxford where he left a mark providing 7 goal involvements in 16 games in League 1, however he didn’t make the deal permanent and now finds himself without a club. Sinclair seems to have struggled to feel at home anywhere he’s been. There’s clear goal scoring ability with Sinclair and at 24 he’s coming into the prime of his career, if Walsall can provide him a permanent home he’ll surely repay the club with goals.


Ajose cuts a controversial figure, he had tumultuous relationship with Exeter who released him last season after not hitting the heights they expected of him last season. That being said the 29 year old certainly knows where the goal is.

He is known best for his work in League 1, most notably at Swindon Town scoring 35 goals in 69 games. Having played 281 League 1 and 2 game Ajose certainly brings experience to a youthful Walsall attack. He is another centre forward who can drop into the right wing position if needed. Ajose would bring goals and experience but potentially at the cost of dressing room harmony.

One of the bigger names on this list, Mendez Laing is also a local lad, born in Birmingham and came through the Wolves Academy. The now 29 year old made his name in the lower leagues of English football finding success in League 1, managing 44 goal contributions in 157 games. He moved up to the Championship with Cardiff and Peterborough with a reasonable 27 goal contributions in 95 games and he also made 20 appearances in the Premier League, however a turbulent 2020 saw Nathaniel struggle with personal issues and was eventually sacked by Cardiff for Breach of contract.

His most recent club Middlesborough released the 29 year old after a disappointing season only playing 9 times. The right winger can bring a wealth of experience to Walsall and help himself to re-start his career. One of the higher valued players on this list, Leigh Pomlett would have to make a serious offer but at 29 years of age Mendez Laing has a lot of games left in the tank and this would be a mutually beneficial deal for club and player.

The final player on this list is 33 year old Stoke born right winger Byron Moore. Released from Plymouth Argyle at the end of last season, Byron is looking for a new club and his wealth of experience including 529 professional appearances would be welcomed at Walsall.

Last season Moore managed 38 appearance for Argyle in League 1 with 5 goal contributions. Based on this, it seems he still has the legs for it and his knowledge of the game and experienced could help some of the younger attackers such as Phillips, Miller and Shade with their development.

We know Taylor isn’t afraid to bring in some experience, Walsall are currently short on natural wingers so having Moore as an option would be very useful to Matt Taylor, Moore would also get reasonable game time and a chance to show he’s still got it.