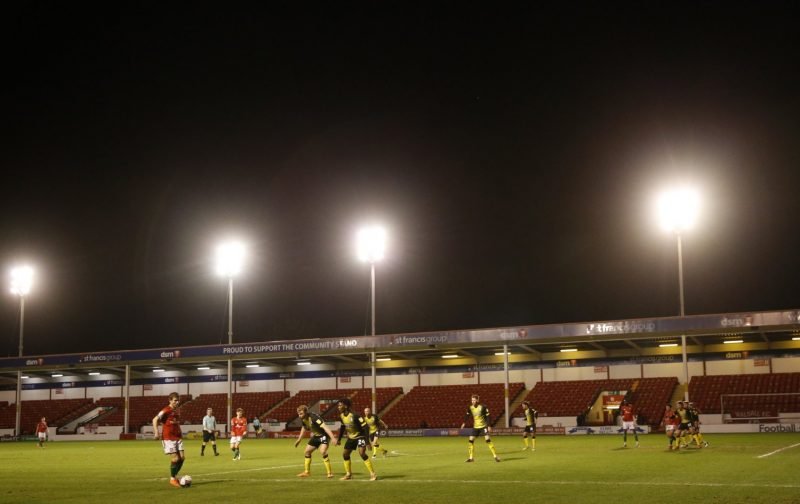 So far, Walsall have signed four new players, as well as retaining Hayden White. The four brought in have been fine additions, but there is a long way to go, and it is surely a big week ahead for Walsall, who do need to start bringing in players thick and fast.

With Liam Roberts departing, Walsall need a new keeper. The type of keeper needed has already divided the fans. Some are calling for Jack Rose to be the new No1, however others want a new keeper to be the main keeper. A more experienced No1 could be added, or a younger talent that Maik Taylor can nurture. Either way, a new keeper is needed.

In defence, Walsall still need another Centre-back. Even though Monthe has been brought in, Walsall are light at the back. Sadler and Leak are there too, but it is unlikely either will be starting each game. The same goes on the right, with only Hayden White signed up. One more player out there is a must.

Finally the left hand side. Two new additions are still needed. Max Melbourne has been told he can leave by Lincoln and would be a good player to bring in. Although he was in a poor side, Melbourne stood out as a consistent player in League Two. Under Matt Taylor and the new set-up, he could thrive. He is good enough to be a starting player, so a younger left-back who is on the fringes would be a good choice here should Melbourne be added.

It is fair to say that the middle of the park is sorted, but there is work to do out wide. At least three wide players are needed. An out and out left and right winger, and then another who is able to play in both roles. Holden can add depth out wide, as can Osadebe, although he plays better through the middle.

Wilkinson also has played out on the right wing, and that will be in Taylors plan. If Wilkinson is to play out there then this may be one of the wingers ticked of the list, however he is not a RM in a 4-4-2 type of winger. Wes McDonald became far too predictable, and this is something that Walsall will need to try and avoid with new players or else the creativity will not be there again.

Three wingers would add some depth to the squad in an area that has been desperately lacking in a long time. In the previous two seasons, Walsall have had to ‘make do’ with what they have. Matt Taylor has an opportunity to change this, and their are many hoping he does.

Walsall need at least two more strikers, but three would be ideal. Wilkinson will add goals, especially given his record last season. Adding three new strikers would give many more options to Taylor, however one of these should be a young player who is not expected to start too often. This younger player would be there as a backup, and someone who can be developed ready for next season.

The other two need to contrast Wilkinson. Despite his height, Wilkinson is not the usual target man, so one of these strikers could fill this role, alongside a shorter, maybe Josh Gordon style of striker, who can press and add bags of energy.

This is just personal opinion, but with all those listed above, it leaves the Saddlers needing at least 10 new players. No doubt Fullarton and Taylor are working around the clock to make new signings, but Walsall fans will want a few more additions before the friendlies begin and the standard ‘trialists a, b, c etc’ fill the team sheet.